Rockstar has been so quiet regarding Red Dead Online that we were beginning to think it was going to be delayed, especially considering there’s only a few days left of the month and we were told it would release in November. But, at long last (and after a lot of nail biting) Rockstar has announced that the Red Dead Online beta will start tomorrow as part of a staggered release, the full schedule is below:

It’s fairly normal to have a staggered release these days, it gives developers another ‘perk’ to give to players who forked out for the Ultimate Editions. More importantly, it also helps with server loads, so everyone has a smooth experience.

It’s important to note that this is just a beta, so bugs may be present and the game might not be fully complete, so if you’re a bit of a moaner it might be best to wait until the game mode is fully released before you play it.

If you haven’t played Red Dead Redemption 2 yet then please take your PC or phone (whatever you are reading this on) and throw it out of the window. If you’re somewhere without a window just throw it very hard in any direction; the game is outstanding, and don’t just take my word for it – check out Glen’s full review here. 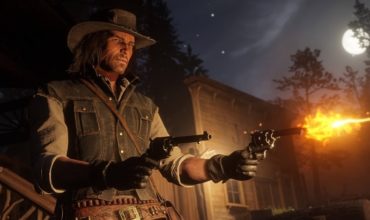 Red Dead Redemption 2 will be arriving on Steam next week