The name ‘Wolfenstein’ is one that I will forever hold close to my heart; Return to Castle Wolfenstein: Tides of War on the original Xbox provided my earliest and possibly fondest memories of online gaming, continually finding it’s way into my Xbox disc tray right up until the Xbox 360 was released. You can imagine my disappointment then, when it’s sequel – Wolfenstein – was released to both a mixed critical and commercial reception in 2009. Then came Wolfenstein: The New Order in 2014, and the daddy was back, albeit in a different way. In a bold move, multiplayer was dropped from the game completely, which I must admit I was disappointed with. That is until I played it. The developer’s decision to purely focus on a single player experience gave us a compelling story, filled with interesting characters and crisp, fluid, fun gameplay that rightly led to the game receiving overwhelmingly positive reviews and multiple awards. Set in 1960s Europe in an alternate history where the Nazis won the second world war, the story followed Wolfenstein veteran William B.J. Blazkowicz as he attempts to stop the Nazis from ruling over the world.

Wolfenstein II: The New Colossus starts with a recap of the events from the previous game, and then it picks up exactly where The New Order left off. You get that instant feeling of familiarity as soon as you take control of B.J.—you don’t mind if I continually say B.J. during this review, do you? You at the back, stop sniggering—as if you’ve never been away. You’re right back into the story that you were in three years ago; which means it’s time to kick some Nazi arse.

The story, frankly, is absurd. The Wolfenstein series is famed for it’s over the top, tongue-in-cheek portrayal of Nazi’s and this is absolutely no exception. With free rein over their portrayal of how the world would have turned out under Nazi rule, the developers—MachineGames—deliver a depiction that is, quite amazingly, both gruelling and at times hilarious. The drastic shifts in tone should make everything feel disjointed, but it never does. One minute you’re experiencing moments of extreme cruelty and racism, the next minute the game transitions into laugh-out-loud comedy. It really is a testament to the developers that this works. The first mission sets the tone for the humorous side of the game straight away, as a very injured and wheelchair-bound BJ defends the resistances stolen German U-Boat from a Nazi attack.

That stolen German U-Boat—Eva’s Hammer—acts as your base of operations for the game. Here you can engage in side activities such as the shooting range or side missions, or even play “Wolfstone 3D”—no prizes for guessing what that is—in full on an arcade machine. Your base is full of familiar members of the resistance that return from the previous game, as well as plenty of new characters that you pick up along the way, all of which are brilliantly portrayed by their voice actors. Each of these friendly characters is fleshed out with their own backstory and motivation for joining the resistance, which are shown through cutscenes or by interacting with them when on Eva’s Hammer. BJ himself also gets a fleshed-out backstory here, with flashbacks from his childhood revealing his struggles with his old-school, racist father. The secondary antagonist from The New Order—General Engel—takes centre stage as the main antagonist here and she’s as evil and maniacal as she is brilliant. You will feel a genuine hatred for her the moment she appears on your screen.

Wolfenstein II’s missions are largely broken down into sections that allow you to approach combat in however way you see fit, stealth is a very viable option in most circumstances, or you can run-and-gun if that’s your preferred playstyle. I played the game on the highest difficulty, so I favoured a stealthy approach for large portions of the game. That’s not to say I didn’t have to do my fair share of running-and-gunning, the stealth approach just wasn’t feasible for some areas of the game. Playing on the highest difficulty, I died a lot. The game is a challenge on this setting, but with some trial and error and cautious play it never gets excruciatingly frustrating or starts to feel impossible. If you want to play the game with an all-out balls-to-the-wall approach, however, you will need to play on a lower difficulty setting.

Combat is solid; close quarters combat (or stealth) takedowns are both brutal and satisfying, and Nazi soldiers react impressively to whichever body part you’ve shot. There are a variety of weapons to use, and while they are all enjoyable, none are revolutionary. Perks are unlocked by completing various (largely) weapon-based challenges along the way, for example killing ten enemies with headshots or by getting ten grenade kills. While once again being nothing new, this encourages you to switch up your playstyle and use all the different weapons on offer; particularly if you’re an achievement hunter. While the choice of weapons is decent, it would have been nice to see a bit more experimentation or variety with the weaponry itself.

There are a lot, and I mean a lot of Nazis to kill, and the game encourages you to do so with little-to-no mercy. Throughout the story, we’re never allowed to forget just who and why we’re fighting. The game is a stark reminder of just how evil the Nazis were, and although we will never truly know, it’s both interesting and scary to see this portrayal of a world under Nazi rule. One mission, in particular, sees you walking the streets of Roswell during a parade to celebrate the Nazi victory; KKK Klansmen roam the streets freely with Nazi officers, while every-day American citizens speak German and ‘celebrate’ the Nazi takeover. It really did, for me, hit home at this point of just how different the world could be if it wasn’t for the heroes that sacrificed everything for us. Elsewhere in the game, we visit the bombed-out ruins of a post-nuclear-attack New York City, another harrowing reminder of just what could have been.

There are various collectibles to pick up along the way, varying from readable items to pieces of concept art and star cards; these are largely pointless (once again, unless you’re an achievement hunter) but the readable items such as pieces of Nazi propaganda or postcards home from a German soldier are an interesting and at times hilarious read. Weapon upgrades are also available as collectible items along the way, which add things such as scopes or extra magazine capacity to your weapons.

From a technical performance standpoint, I did have a couple of issues playing the game on the Xbox One. In one instance, all the enemies started inexplicably walking backwards (this was solved by loading my most recent save) and I did suffer some visibly slow framerates during a couple of assassination missions—side missions which see you re-visit areas from the story to assassinate Nazi commanders—which even a full system reboot didn’t fix. Luckily, these missions are optional, and I suffered no such framerate issues during the main story mission.

Overall, Wolfenstein II: The New Colossus is an overwhelming success. The ridiculous story somehow succeeds in both reminding us of the harrowing evil of the Nazi regime and what could have been while also offering up plenty of Nazis to take our anger out on and various fun ways in which to do it, and the games tongue-in-cheek humour provides plenty of respite from the darker side of things. A run-of-the-mill selection of weapons and the odd performance problem aren’t enough to detract from the games strong points, and while I long for the day when the name Wolfenstein provides me with another memorable multiplayer experience, it’s hard to argue with the decision to focus solely on a single player experience when it results in a game as good as this.

The ridiculous story somehow succeeds in both reminding us of the harrowing evil of the Nazi regime and what could have been while also offering up plenty of Nazis to take our anger out on and various fun ways in which to do it, and the games tongue-in-cheek humour provides plenty of respite from the darker side of things.
9 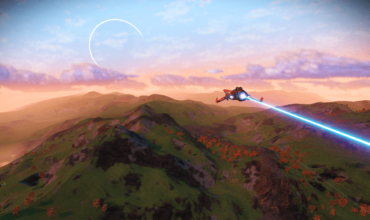