Donut County had been in development for over 5 years, and when you look at the Steam page you’ll see that it looks like a charming puzzle game that features beautiful graphics and, at the time of development at least, unique gameplay (this game was in development before other ‘get in my hole’ games were released or being developed i.e. Hole.io).

And, for the most part, that observation is true. The gameplay is something I have never seen before and the graphics are great – the problem is, that is literally all that it has. There are no ‘puzzles’ in this game, not any that your 5 year old child couldn’t solve anyway.

It saddens me to say this because I have been looking forward to getting my hands on this game for a few years now, but the game either isn’t finished or is a very poor attempt at a puzzle game. Let me explain before you get your knickers in a twist because you love the game.

The first few levels you’ll assume are tutorial levels—and in a way they are—but as you progress it seems like the whole game is a tutorial, because it doesn’t really get much more difficult. The problem is that in every level you can only do one thing – swallow things in your hole (which increases in size the more you swallow), then in each level you get to a point where you can’t swallow anything else but the level is still not over, which means there’s something you’re missing. You’ll think about it for around 30 seconds at most and then you’ll see what you missed and do it, thus finishing the level (I won’t give an example as there are only a few actual puzzles in the game and if I start solving one for you I’ll have practically finished the game for you) – the game is too linear, you follow one path on every level and it’s the same path on every level. 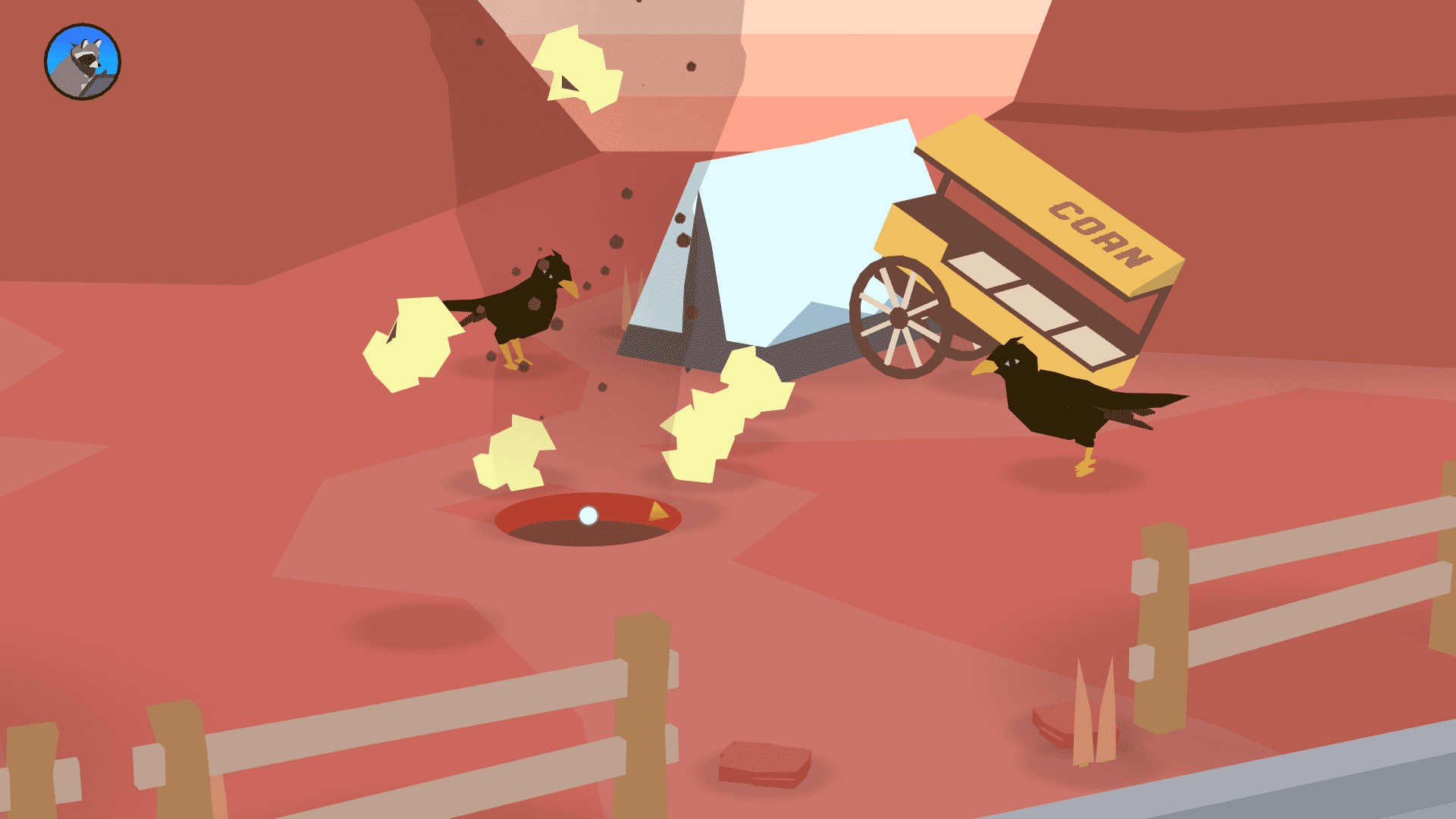 The final mission of the game was slightly more difficult (hooray) and it actually added more varied gameplay which was quite enjoyable, it would have been nice to have seen more of this type of stuff throughout the whole game. I’m using the term “whole game” loosely there, and that brings me to my next point.

As well as how easy the game is, there’s also one other major flaw, the length of the game – I completed it in under two hours, and by “under” it was closer to an hour and a half. This just isn’t long enough for a game that was in development for 5 years (honestly, what the hell were they doing for 5 years?) and costs $12.99 / £10. That means this game costs the same amount of money to buy as games like Stardew Valley, which in my opinion is a much fuller game packed with content that can keep you entertained for hours.

Another kick in the teeth is that the mobile version of the game—which I believe has all of the same content—is inexplicably half the price of the PC version, so if you’re interested in the game I would suggest picking it up on mobile rather than on the PC.

Sure, both of these issues are things that the developer can fix in the form of DLC, which I’m hoping they will do (and it better be free), however, in its current state it is simply not a game I can recommend buying UNLESS you have more money than sense and you’re just trying to kill a few hours and don’t mind spending $12.99 / £10 to do so – I can’t even see it having any replay value since the slight 30 second challenge you get from the puzzles won’t be there on the second playthrough.

Another thing that annoyed me slightly was the dialogue; it’s very millennial, short-handed text and there’s parts where the developer has tried to include hints of humor, but to me it fell flat on its face. There’s also no way to skip this dialogue, you can’t even quickly click through it. 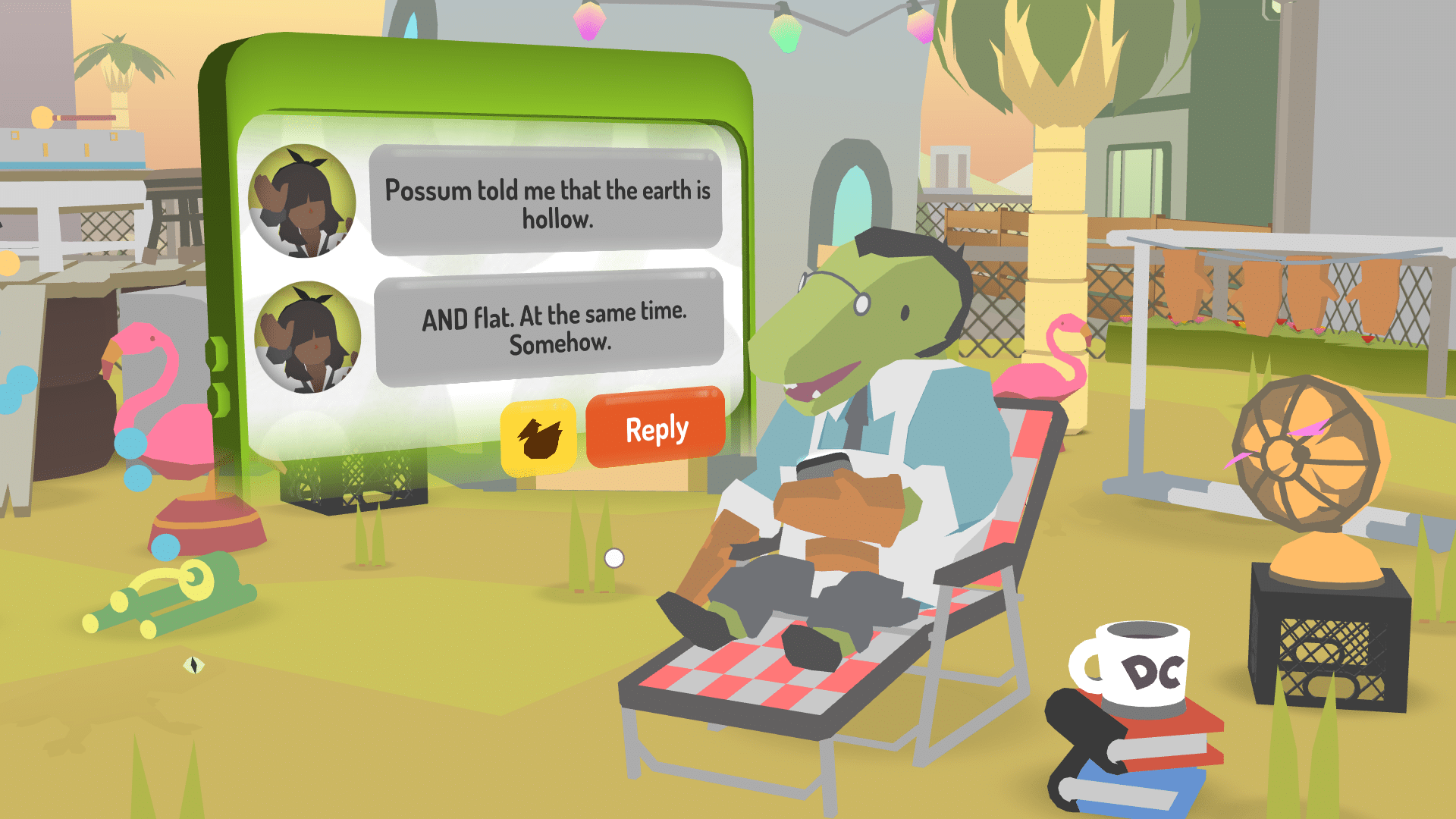 I would loved to have gone into a lot more detail about the game itself and given some examples of the puzzles you will face, but there’s only around 3 actual puzzles in the whole game and I don’t want this review to turn into a walkthrough.

I’m honestly surprised that this game has had such good reviews on Steam. If you read through them you’ll see that the play time is very low and from that time you have to subtract 30% because of the dialogue, so actual game time is way less. Maybe I’m missing something, maybe this game was always supposed to be a quick 1.5 hour game with no replay value whatsoever. It may actually take you longer to read this review than it takes you to complete the game.

I feel bad saying this, but on the graphics and the unique gameplay alone I am going to rate this game a 4 out of 10. I did enjoy the short amount of time I played the game even if it was easy (it’s strangely satisfying watching things fall down a hole) but to give it any more than a 4 would be an insult to other games of the same price. Yes, I’m looking at you, Stardew.

Checkout my gameplay of it below, however, be warned the video shows all levels apart from the first few so ‘puzzle’ answers are included so *spoiler*.

I did enjoy the short amount of time I played the game even if it was easy (it’s strangely satisfying watching things fall down a hole) but to give it any more than a 4 would be an insult to other games of the same price. I hope in future the developer adds new content in the form of free DLCs which include more puzzling challenges and a longer game, maybe then I will return and change the score.
4