I never got that Spider-Man costume that I longed for as a child. It was so often on my Birthday or Christmas list, yet for some reason, when the big day arrived, I was always left disappointed. I, like so many other children my age, loved to roleplay as a Superhero.

Jumping down stairs, climbing back up banisters, shooting my imaginary webs and drop kicking phantom baddies was all part of the fun. But not having that costume somewhat ruined the excitement. You see, i’d be left wearing a mismatch of blue and red clothing to compensate, which sadly just wasn’t the same. That disappointment, that missed opportunity of being the web slinging hero has stayed with me……. until now.

Spider-Man—a PS4 exclusive from Insomniac Games (Sunset Overdrive, Ratchet & Clank)—is finally with us, and with it comes a great opportunity for me to fulfill that childhood dream, and for the PS4 to continue with its exclusive content dominance over its rivals.

We’ve had no shortage of superhero games over the last few years, with Batman’s Arkham trilogy being the front runner. Insomniac’s Spider-Man shares several similarities with that trilogy, especially the open-world design of the final game Arkham Knight. Comparisons between the two games will be inevitable; navigating the city from the highpoints of skyscrapers and battling bad guys at street level. Here, Batman’s gadgets have been swapped out for Spider-Man’s webs – this isn’t necessarily a bad thing. After all, Arkham is a classic and a fantastic benchmark for other games to hit, as long as there’s enough change to make Spider-Man’s adventure feel unique.

The first time you take control of your friendly neighborhood Spider-Man is an exciting experience. The opening moments of the game have you swinging, jumping and leaping with parkour-style finesse over the beautiful New York City skyline. It really is one of those memorable video game moments – think of your first ride on Epona or leaving the Vault for the first time in Fallout. The best part of this open world travel is the feeling of control and style, never has traversing a gameworld felt this stylish. Spider-Man not only swings from building to building, but moves as if competing in an extreme sport. Tricks, flips, spins, leaps and skyscraper parkour are all the norm here, with movement feeling like a carefully honed skill, something you need to learn and master, unlike a simple direction button press like we see in games such as Assassin’s Creed. Better yet, this movement improves as you level up, with different skills and speed increases making travel and environment interaction some of the best we’ve ever seen.

As good as all of this sounds, it’s fairly short-lived. After a few hours, whilst still fun, the excitement definitely wears off and traveling can feel—for want of a better word—boring. The system itself remains fantastic, but traveling around for no reason isn’t. Once all collectables have been picked up in a certain area of the city then only random crime events remain, and much like the web swinging, these feel less interesting the more you play. In fact, after a few hours, i found myself skipping these events altogether.

Collectables and city exploration reward players with upgrades and unlockables, and this is where you really can tell that Insomniac has crafted this game with love for our webbed Hero – every backpack you collect has a story and every suit unlocked has a history, allowing fans of Spider-Man and his comics to take a little more out of it than most. It’s this polish that really increases the enjoyment in playing Spider-Man, I wanted to complete mundane tasks around the city to unlock this stuff, I wanted to see every inch of New York City, even if it was only once.

Combat is another area that will feel overly familiar to those who have played the Arkham series. I personally have never been a fan of dodge/counter combat; my preference would be a system that relies on player skill, knowledge of moves and enemy types over reaction times. Sadly, Spider-Man isn’t that game. Yes, you have a vast array of moves at your disposal and multiple enemy types that require slightly different tactics to counter, you even have a wheel of unlockable and upgradable moves (think Ratchet and Clank), the problem is that at no point during my playthrough did I ever have to think. A few boss battles aside, combat never felt overly challenging. In fact, I rarely even changed out my moves or abilities – I never felt like i needed to.

The same could be said for suit upgrades and mods. It’s great to have options and all, but when they aren’t really needed to complete a game it becomes rather trivial. The saying is “If it ain’t broke, don’t fix it” – normally i’d agree, but the problem here is that not enough has been improved upon. If Spider-Man had introduced a whole bunch of new gameplay mechanics and ideas then i’d be more forgiving of the samey parts, but instead of new and exciting gameplay features never seen before in a Superhero game we get quick time events that we’ve seen so many times that I’d gladly never see one again in my life. It’s disappointing to not have something more to separate this game from Arkham – people may think that you can never have too much of a good thing, but eventually things need to change, and this would have been a great time to make a few of those changes.

Look, let’s be fair – the combat here is great and the animations are fantastic. Moves on the ground, flying in the air and in stealth do add enough variety to keep things exciting, and even the finishers—although repetitive—feel like finishers. I guess i just wanted a little more from the combat and mod/upgrade system, something a little different.

As you’d expect from a Marvel superhero game, the story, sound and characters here are a real highlight. You’ll meet a lot of familiar faces, all of which are fantastically voiced and animated. Insomniac made a point of stating how you wouldn’t need to be a die hard fan to enjoy Spider-Man. Yes, those die hards will find and understand a little more than most, but generally speaking, if you understand the basic premise of the webbed-ones origin (and who doesn’t?), you’re good to go.

As well as fighting crime as Spider-Man, Insomniac has paid homage to the human side of being a Superhero. In an interesting change of pace to swinging through the city, players take control of Peter Parker and MJ for short segments of the game. Allowing the player to experience the human, vulnerable side of being a hero fits how the story develops excellently. These sections, although no where near as enjoyable as playing as Spider-Man, are short and sweet enough for them to never feel like game-padding and for the most part, complement cutscenes perfectly. My only criticism of the story here would be that, if you’ve followed Spider-Man even moderately, then not much here will really surprise or shock you. 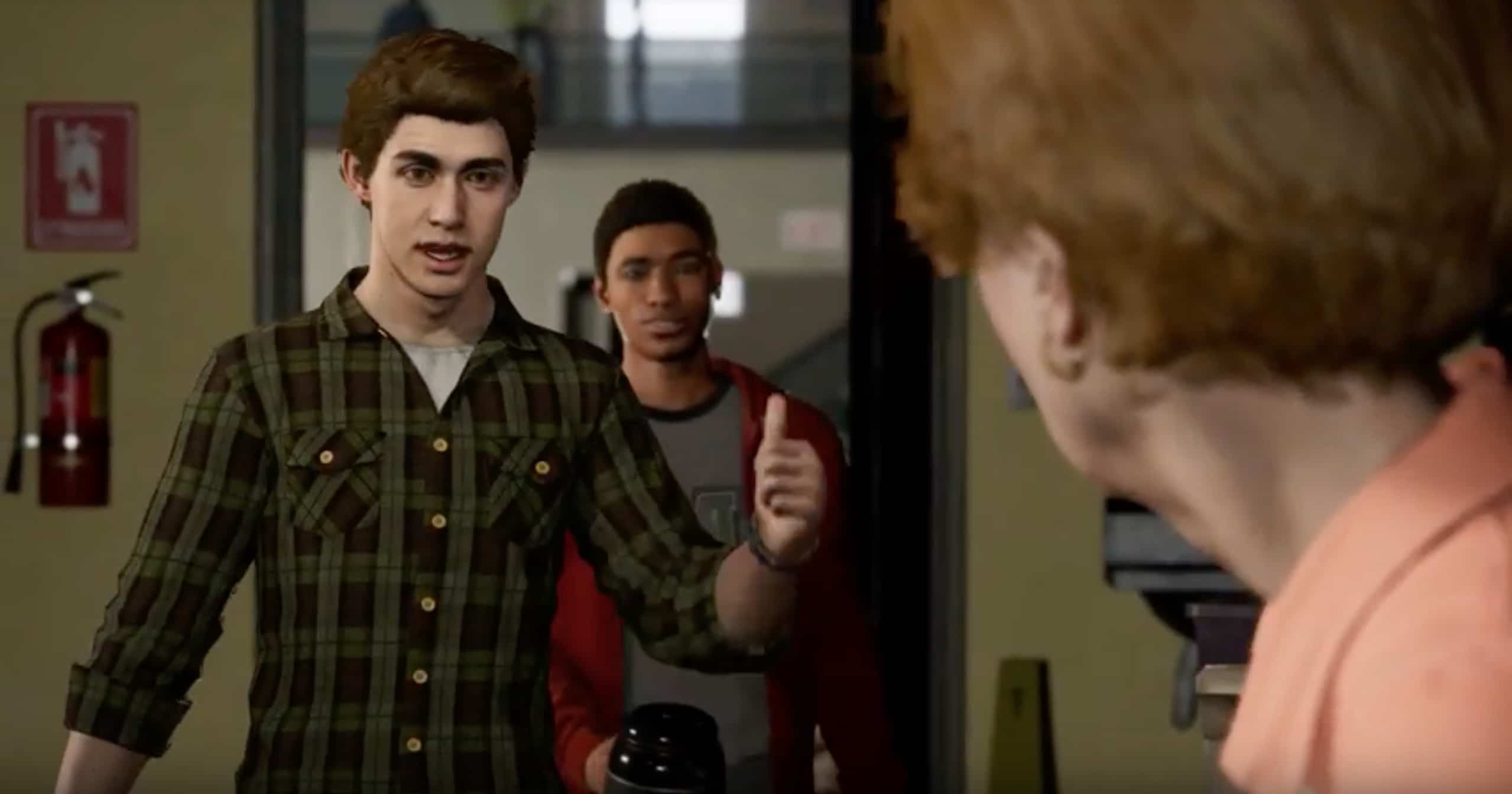 You get to play as Peter Parker

I’m fucking Spider-Man, I want to go wherever I please

Traversing the game world is where you’ll spend most of your time in Spider-Man, and i’m slightly disappointed that the world itself isn’t as fascinating as the movement. Yes, I get that this isn’t GTA, but to have such a beautiful imitation of New York City feeling slightly soulless is disappointing. Whist the graphics and sheer scope of the game are worthy of praise, I never felt like the city was truly alive – NPC models are repeated at an unacceptable frequency, and most buildings can’t be entered outside of missions; even when I can see a mission target inside, I’m forced to wait outside like an embarrassed girlfriend who doesn’t want her friends meeting her new unattractive partner. I’m fucking Spider-Man, I want to go wherever I please!

New York City is rife with criminal activity. Intentional gaps in the main story will give opportunity to investigate, and you will be encouraged to fight these crimes. “Let’s catch up with what i’ve missed in the city” Spider-Man will announce whilst sat on a perch, high above ground level. Whether it’s preventing a carjacking, a break-in, or tackling a large criminal base, all of these activities—including the many side quests that pop up as the story develops—are a joy to tackle, at least for the first half of the game.

It didn’t take long for me to realise, however, that these activities rarely differ from hour 5 to hour 35. Enemies get more challenging and better equipped, and the city becomes more hazardous as crime soars, but these activities are fundamentally the same. Even when the city does feel more dangerous, this isn’t really reflected in gameplay. Spider-Man, excluding a few trial and error boss battles, isn’t a difficult game by any means, and any increase in enemy difficulty is countered by Spider-Man’s own progression.

I encountered a small number of gameplay bugs and freezing during my time in NYC. On a couple of occasions, my game (played on a 2 month old PS4 Pro in 4k) froze completely, requiring a full reset to fix. Quests would also occasionally fail to start or finish, resulting in a mission fail, or forcing me to abandon the quest and start over. On another occasion, an aerial tower refused to let me interact with it; it was only after starting and finishing a separate task that i was able to finally press triangle on it and unlock it. These bugs were never game breaking, and thanks to frequent automatic gamesaving, never once ruined my enjoyment of playing.

Now, I know that some of this review may come across as overly negative, especially given the huge praise this game has received elsewhere; most of that negativity, however, is disappointment. With a little more thought and effort, Spider-Man could have been a classic. The foundation, the fundamentals a game needs to even enter the conversation of being a classic title are all present here – from the fantastic, superbly crafted main story to the tremendous love and attention to detail Insomniac have shown to Marvel’s webbed hero, not to mention the best traveling system ever to be created in a video game. Make no bones about it, swinging around with Spider-Man truly is Marvelous (see what i did there?), I just wish it had a little more substance in the mid and late game, a few tricks up its sleeve aside from web slingers. Some of the gameplay and side activities here feel a little dated. 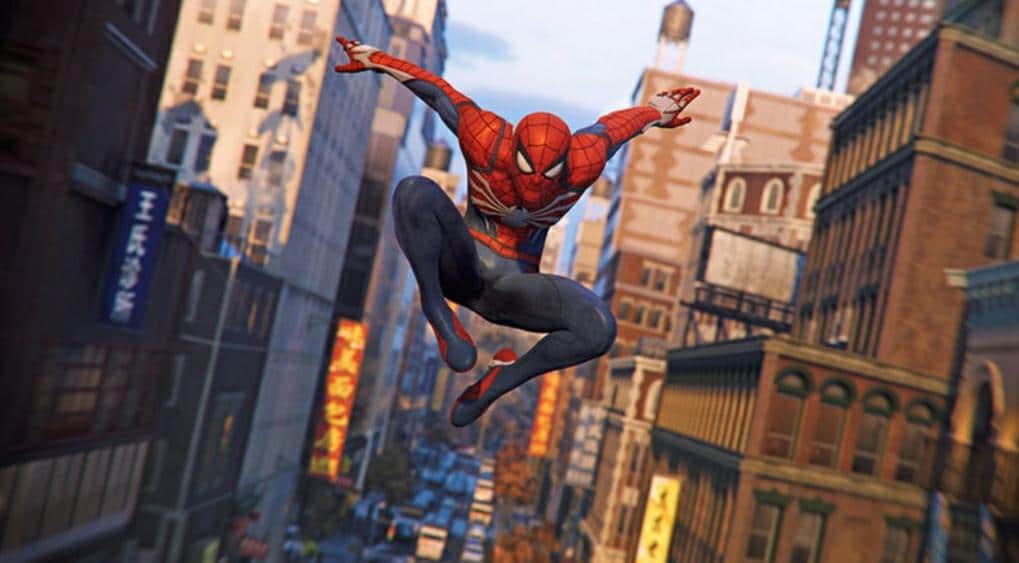 I think it’s now time for the Superhero genre to step out of Arkhams shadow and find a new place in the video game universe, or maybe only smaller changes are needed – a new combat system and a way to add fan-pleasing easter eggs that isn’t just collectable items randomly stuck to walls throughout the map. Whatever it may be, I hope it happens soon.

Overall, Spider-Man IS a fantastic game and a must-buy for any fan of the genre. Insomniac have added yet another title to the ever expanding list of noteworthy PS4 exclusives, it’s just unfortunate that they didn’t push for a more unique experience. We may have then been talking about about one of the defining Superhero games of a generation, and not just the great game that it is.

Overall, Spider-Man IS a fantastic game and a must-buy for any fan of the genre. Insomniac have added yet another title to the ever expanding list of noteworthy PS4 exclusives, it’s just unfortunate that they didn’t push for a more unique experience. We may have then been talking about about one of the defining Superhero games of a generation, and not just the great game that it is.
8