At first, Red Dead Redemption 2 can be somewhat overwhelming, especially with the introduction of the new ‘cores’ mechanic and the somewhat laborious tasks of having to eat, bathe and clean your horse. But have no fear, I am here to help clear a few things up for you. Below, you will find the most important tips for playing Red Dead Redemption 2, as well as some settings that I think are essential:

Learn to Auto Run to a location

This is probably the most useful tip on this list, mainly because the map is so large and the fast travelling system isn’t like it is in other games (more on that below) – this means you spend a lot of your time with the game simply riding to locations. However, you don’t need to do this manually; there is actually an autorun facility in the game, though it’s not exactly obvious and it’s not explained in the tutorial. How do you do it, you ask? Simply follow the instructions below:

While auto running you cannot view the map (at least not without stopping), however, if you download the companion app you can watch your progress on the map in real time.

There are some limitations with the fast travel system; it’s not fast travel in the traditional sense like you would see in Assassins Creed, for example. Instead, you can only travel to locations from your camp. You cannot fast travel back to camp, which still means you have a lot of riding to do.

Everyone knows how to access the map, right? You push start and select map. What if I told you that there was a quicker way? If you simply hold down the start button the map will show, there’s no need to select the map from the main menu, this actually makes it a lot quicker than you would think.

You should also consider getting the companion app, especially if you have a tablet, as phones are a bit too small to make full use of it. If you don’t know, the companion app shows you your real time location on the Red Dead map.

This new core mechanic can be a bit confusing at first, but once you get your head around it it’s actually pretty simple.

The inner icon is your actual core. For example, the heart symbol is your actual health, and it’s the same logic for all three of the cores. When this inner icon is empty, you die or run out of stamina (depending on which core we’re talking about). The outer ring (the ring around each icon) is the current charge – once this ring empties, the actual core (the inner icon) begins to go down. The most simple way to think of this is like ‘shields’ in Halo, for example. Once your shield drops, your health drops.

I hope that makes sense?

When you encounter an abandoned camp or raid a house, there will most likely be a lot of things to pick up which are all in close proximity to each other. You can pick up all items by simply holding the loot button; all items are still picked up individually, but it is most definitely much quicker doing it this way.

Be aware, though, that the items must be close enough together for this to work.

You have to do a fair bit of running in Red Dead Redemption 2, and that means pushing the A/X button a lot – however, you can set this to ‘toggle’ when on foot (you can’t toggle the horse gallop). Head over to the game settings and scroll down to ‘Accessibility’ – you’ll see an option called ‘Running Mode (On-Foot Only)’, change this setting to ‘Toggle to Run’ and from then on out all you have to do is tap A/X to start running and then again when you want to stop running – much better.

The life of an outlaw usually entails robbing people, and the treasures you manage to get your hands on—such as jewellery and pocket watches—can’t be sold to normal store clerks. This is where the ‘Fence’ comes in; he will happily take all of your stolen items off your hands and provide you with Dollars, which are much more useful.

You unlock the fence during gameplay, you don’t have access to it at the start of the game. However, when you do eventually unlock him you’ll most likely have plenty of stuff to sell, so you should visit him right away.

Occasionally, you’ll see missions in camp or out in the wildlands which are highlighted by a white mission marker (not the standard yellow / gold marker). You should prioritise the white missions first, as these missions are usually time sensitive (not all of them) and will disappear after either a certain amount of time or when you have progressed so far in the main story.

These side missions give you more information about characters in the game, so if you’re all about the lore you should try not to miss out on these.

The horse riding in the game is very satisfying and is actually really easy. However, if you’re like me and you gallop everywhere, you’ll be running out of stamina a lot. To combat this, instead of tapping A/X in a wild frenzy, try and time the button pushes in time with the horses gallop; this will consume much less stamina than frantically bashing the button, meaning you can gallop over much greater distances.

Over time, your horse will ‘upgrade’, giving it more stamina and health, so it’s important not to change horse too often or it will take you much longer to get a horse fully upgraded.

You’ll obtain gun oil throughout your travels, you can also buy it from Gunsmiths and Fencers. To use it you should enter your weapon wheel and hover over the gun you want to clean, and then click in the right thumbstick to enter the gun maintenance screen. From here you can clean and inspect your guns. You’ll be able to tell which guns need cleaning by hovering over the gun in the weapon wheel and looking at the stat bars e.g. Damage, if there is a red patch at the end, it needs cleaning.

Remember to clean yourself and your horse

Hygiene is a thing in RDR2, you actually have to bathe. You can do this in hotels—which are found in most towns—and you can even upgrade your bath to have a lady wash you so you don’t have to, but it doesn’t really add anything to the gameplay other than some awkward conversations. It does, however, also speed up the bathing process, and your clothes will also be cleaned at the same time.

It’s important to keep clean because people are less likely to talk and interact with you if you have blood smeared all over your clothes and face.

You also need to keep your horse groomed. You unlock the horse brush pretty early on in the game, and you can select it on the item wheel. You can also clean your horse by riding through water. If you fail to keep your horse clean it will lose stamina quicker and become slower.

Switch to First-Person Mode if you prefer FPS games

First person mode also allows you to see the reload animations etc, which are outstandingly detailed. 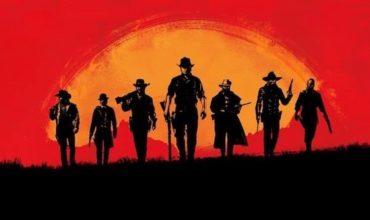