The Epic Games Store has been very generous with offering out titles for free over the last few months, and there are currently two absolute corkers available to download for nothing through the platform.

This marks the first time that two games are being offered out for free at the same time, and there’s a pretty valid reason for doing so. The intended free game is 11 bit studios’ This War of Mine, the brutal-but-brilliant 2014 war survival game where players take on the role of civilians trying to survive wartime. The nature of the game makes it an M-rated title, which will make it inaccessible to younger players who are restricted by Parental Control settings. To compensate, Epic Games has decided to also offer out another one of 11 bit’s games which won’t be hampered by such restrictions, 2018’s Moonlighter.

Moonlighter is an “action-RPG with rogue-lite elements” which tasks you with running a shop during the day and exploring at night, allowing you to enter dungeons and defeat enemies to earn loot which can then be sold. Much like This War of Mine, the game received glowing reviews when it was released last year and is yet another fantastic free offering from Epic.

To put things into perspective, This War of Mine is currently retailing at £14.99 on Steam, while Moonlighter is currently available on special offer for £7.74 for the next 24 hours before it jumps back up to its usual price of £15.49. Special offers aside, that represents £30 worth of fantastic games that Epic are offering out to you for free, so even if you aren’t planning on buying anything through their platform you should still create an account and grab your freebies while you can.

This War of Mine and Moonlighter are available to download for free right now through the Epic Games Store.

Epic Games Store Moonlighter This War of Mine 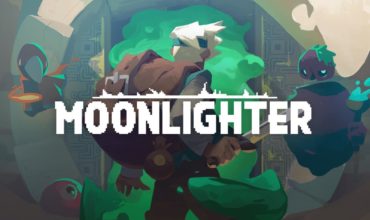