If you’ve been wanting to try out Stardew Valley for a while but don’t have a PC, a Nintendo Switch, a PlayStation 4, an Xbox One, an iPad, or an iPhone, then first of all what is wrong with you? Second of all, it’s time to celebrate, as Stardew Valley’s Android version will release on Thursday 14th March.

Similiarly to the iOS version that released back in October, the Android version will be priced at £7.99/$7.99 and will feature absolutely no in-app purchases whatsoever, which is gaming the good old fashioned way – no exploitation, no bullshit, just a one off payment for great game.

The news was announced by the legend that is Eric “ConcernedApe” Barone, the games creator, who also confirmed that the Android version will be the full version of Stardew Valley up to the 1.3 version, but it won’t feature the games multiplayer functionality, much like its iOS counterpart. PC players will be able to transfer their save data over to their phone so that they can carry on playing without having to start over, which is a fantastic feature.

The Android version has been developed by mobile development studio The Secret Police—who also developed the iOS version—and it will include the mobile-specific features that have been added to the game in recent months, such as the ability to save at any time, pinch-to-zoom functionality, and new control systems such as the virtual joystick.

Anybody who follows this website will know that I’m an absolutely massive fan of Stardew Valley, which I find to be a game filled with endless fun and charm. If you haven’t experienced the game before and you own an Android device then I strongly suggest that you pick it up and give it a try, but prepare to lose hours and hours of your life as you consistently commit to “just one more day”. If you’re interested, the game is now available for pre-registration on the Google Play store.

Incidentally, ConcernedApe also provided a brief update on how the multiplayer update was coming along for the Xbox One and PS4 versions of the game, confirming that the Xbox update is currently in QA and that the PS4 update will follow shortly. We had a lot of fun playing the Stardew Valley multiplayer on PC – you can check out our YouTube series of it here.

You can read the full announcement from ConcernedApe here.

Stardew Valley is heading to mobile this month 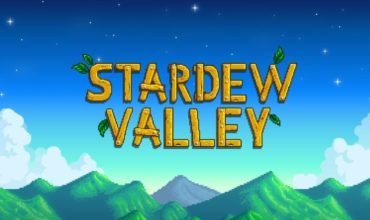