Borderlands: The Handsome Collection and Sonic Mania will be June’s free offerings for PS Plus subscribers, Sony has announced.

Borderlands: The Handsome Collection is the perfect way for players to gear up for the recently announced Borderlands 3 ahead of its release on Friday 13th September. Borderlands: The Handsome Collection, which originally released back in March 2015, bundles together both Borderlands 2 and Borderlands: The Pre-Sequel, and also includes all of the DLC for both titles as well as “enhanced local multiplayer and remastered visuals”. If you ever played either game in their non-bundled-together form back in the PS3 days, then you’ll be pleased to hear that you’ll be able to transfer your save data across to the PS4.

Sonic Mania, meanwhile, is a platform game that released back in 2017 to commemorate the 25th anniversary of Sonic the Hedgehog. In a throwback to the series more fondly-remembered Sega Genesis/Mega Drive days, Sonic Mania features twelve 2D side-scrolling levels, eight of which are redesigned stages from past games. The game, which features the legendary characters Sonic, Tails, and Knuckles as they take on series-villain Dr Eggman, received rave reviews when it launched a couple of years back, with many people calling it a return to form for a series that has been tarnished by sub-par releases in recent years.

Both games will become available for the grand price of absolutely naff all to all PS Plus subscribers on Tuesday 4th June. Don’t forget that you can still download May’s offerings—the fantastic narrative What Remains of Edith Finch and the co-op based mayhem of Overcooked!—until Monday 3rd June.

Batman: Arkham Knight and Darksiders 3 are free for PS Plus subscribers in September 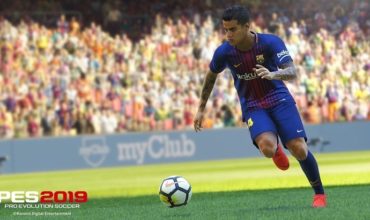