A few days ago, Blizzard teased the imminent arrival of Jean-Baptiste Augustin, a combat medic who would likely be the games next hero. Now, an origin trailer for the hero—who is known as “Baptiste”—has surfaced, giving us a little bit more back story:

Baptiste was one of thirty million children that were orphaned during the Omnic war, and in doing anything that he could to survive he eventually ended up being recruited by the mercenary group Talon. Some time later, Baptiste began to see Talon for what it truly was and decided that he wanted to make a change for the better, so he deserted the no-good group. Upon his leaving, Talon went after Baptiste (which didn’t end well for a few Talon soldiers) with their orders being to either retrieve him or eliminate him.

Baptiste’s weapon of choice is his Medic SMG, a three-round-burst weapon that “rewards accuracy and recoil control with significant damage output”, so expect it to be a strong weapon if you can learn to be consistently accurate with it. His alternate fire, meanwhile, is his Biotic Launcher, which shoots projectiles that heal allies near it’s point of impact; crucially, the Biotic Launcher does not share ammo with the Medic SMG, and it does not heal Baptiste.

Baptiste’s Passive Ability is his Exo Boots which can be charged by crouching, propelling Baptiste high into the air and allowing him to jump over obstacles and clear long distances, which should give him an advantage in maneuverability. Baptiste also possesses Regenerative Burst, a healing-over-time ability that affects both himself and any allies that are nearby, but allies do not have to stay near Baptiste to keep the healing effect active, which differentiates Regenerative Burst from similiar abilities like Lucio’s Crossfade.

Baptiste is also very effective as a defensive hero thanks to his Immortality Field, which he can throw down to create a defensive field that prevents his teammates from dropping below 20 percent health, which ultimately means that they can’t die. It lasts for about eight seconds and it can be destroyed, but I do worry that this ability could need a nerf sooner rather than later as it could be quite overpowered, particularly considering the fact that it isn’t an ultimate. The ability to prevent your team from dying could be an absolute game changer, as it effectively counters any abilities that can wipe out your team in one go, such as a RIP Tire or a Self-Destructing D.Va, both of which are ultimate’s.

Baptiste’s actual Ultimate Ability is his Amplification Matrix, which doubles the damage or healing effects of any projectiles that pass through it, which could also be a bit overpowered. You can check out the abilities in the video contained in the tweet below:

Get your first aid on Baptiste’s abilities and playstyle. Now healing on the PTR!

New Overwatch heroes have a tendency to be quite overpowered when they’re first introduced into the game and I don’t expect Baptiste to be any different. Possessing both his Immortality Field and his Amplification Matrix probably makes him too strong in the first place without even considering the fact that he’s armed with a weapon that does considerable damage. When Baptiste was first teased I thought that he may be a bit of a “jack of all trades, master of none”, but now I worry that he may just be a master of all trades.

If you want to check out Baptiste then he is available right now on the PTR. Alongside his addition there are numerous tweaks to various heroes and quality-of-life changes that are also currently in testing, you can read all of the patch notes here.

Sigma is Overwatch’s next hero 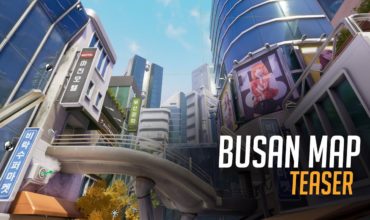