Another year is coming to an end, and what a year it has been for gaming. As we look back and reflect on the year behind us, we have decided to announce some completely meaningless awards that offer nothing to the recipients other than pride and dignity, but what could be more valuable than that?

These are the (newly) annual Buff Nerf Repeat End of Year Awards 2018.

Arthur Morgan is the main protagonist of the fantastic Red Dead Redemption 2. He is the right hand man (and seen as the adoptive son) of Dutch Van der Linde. Although a petty criminal, an outlaw, and a stone cold killer, Arthur still holds his own moral code and doesn’t believe in the killing of innocents. Fiercely loyal to his friends and ruthless towards his enemies, Arthur manages to be a protagonist that is both violent and sympathetic at the same time. Thanks to some brilliant writing by Rockstar and an excellent performance from Roger Clark (who won Best Performance at the Game Awards for his efforts), Arthur Morgan is our character of the year.

The Xbox Game Pass is essentially Netflix for Xbox Games. For a monthly fee of £7.99, gamers get access to over 250 games with more being added on a regular basis, including all Xbox One exclusive titles. The Xbox Game Pass boasts a list of titles that includes Halo 5, The Master Chief Collection, the entire Gears of War series, Forza Horizon 4, and PES 2019, with Gears 5 and Crackdown 3 to look forward to next year. Not only that, but the offer of a months free trial allowed a lot of people to check out Sea of Thieves at launch without buying it, which saved a lot of people some money (it’s much better now, FYI).

Disappointment of the year – Fallout 76

Well, where do I even start with this one? When Fallout 76 was announced way back in May, the prospect of playing Fallout online was a mouth-watering one, but as the months progressed and we saw more and more of the game we all got a bit more worried. An outdated game engine, a ridiculous PvP system, a lack of any NPC’s and a plethora of bugs made Fallout 76 little more than a boring, lonely, broken mess of a game and Bethesda’s first major flop. That’s without me even mentioning the ridiculous canvas bag debacle. Without a doubt, Fallout 76 has been one big fuck up from start to finish.

Honourable mention – Sea of Thieves (It had so much potential, but it was so empty at launch. So so empty)

There are very few single player games that can drop you into a vast world and make you feel like you’re truly part of a living, breathing world, but Red Dead Redemption 2 manages to do just that. In our review of the game, Glen said:

“Redemption 2’s world feels like it never rests, it feels as if these characters will play out their story regardless of whether or not I’m behind the controller. This is a gaming world like no other, so much so that I’ve been tempted to hold the game disc to my ear in search of a pulse.”

Red Dead Redemption 2 not only tells a great story but also makes you strongly connect to the characters, providing one of, if not the, most immersive and compelling single-player games ever made.

The decision to drop any kind of single-player campaign from Black Ops 4 was a controversial one, but the result of doing so has provided the most complete multiplayer offering that the series has managed in years. The traditional multiplayer is the best it has been in years (possible since the original Black Ops), Blackout is the most polished and most enjoyable battle royale experience to date (the inclusion of iconic maps from previous Black Ops games was a stroke of genius), and Zombies can provide you with endless hilarity with your mates. In my review of the game, I said:

“Call of Duty: Black Ops 4 is a roaring success. It does little new, deciding instead to draw inspiration from the recent successes of various games, bringing them all together into one big, polished, accessible package, the likes of which few games other than Call of Duty could ever hope to pull off, and its detractors can’t argue.”

The game is also receiving tremendous post-launch support from Treyarch, with a new zombies map, five new multiplayer maps, and a new area for the Blackout map already added just a few months into its lifespan, with bug fixes and balance changes happening on a weekly basis.

“Fantastic, outstanding and superb. I’ve used many adjectives to describe my time spent in Red Dead Redemption 2, yet none of them really do the game justice. It’s only when you take a moment to digest what you’ve experienced after a lengthy play session that you can truly fathom the scale, uniqueness and down right brilliance of what Rockstar has created. Here, we have a game that will be spoken about and praised for many years to come. A game to define a generation, a story so well told that it could fit the big screen. No, it’s not perfect, no game I’ve played is, but what we have here is a game that is as close to perfection as can be.”

Indeed, Red Dead Redemption 2 may well be the best game that I have ever played.

Console of the year – PS4

The PlayStation 4 has undoubtedly been the best place to play games this year. The console has had some fabulous exclusive titles this year—including Detroit: Become Human, Spider-Man, and the exceptional God of War—and all of the best multi-platform titles have also been available on the PS4 too, including the likes of Assassin’s Creed: Odyssey, Call of Duty: Black Ops 4, Battlefield V, Red Dead Redemption 2, FIFA 19, and Shadow of the Tomb Raider. Meanwhile, the Xbox One has had the same multi-platform releases but has really struggled on the exclusives front, with only Forza Horizon 4 to really brag about. The Nintendo Switch had a real surge late on in the year with a number of games finally making their way to Nintendo’s console and some great exclusive releases, but when weighing up the year as a whole it would be difficult for anybody to look past the PS4 as the triumphant console of choice.

This may be a controversial choice for some people (I imagine that Anthem will be top of most people’s lists), but for the Buff Nerf Repeat team this is undoubtedly the game we are most looking forward to. You see, we love shooters, and we love loot, and Glen likes gear-based shooters because he has a terrible aim. The Division wasn’t perfect—it was far from it in fact—but we loved it and had endless hours of fun in the Dark Zone, which was a PvP experience the likes of which we hadn’t experienced since open-world PvP in World of Warcraft. We’re hoping that Ubisoft can build on the foundations that they set down in The Division and improve on their mistakes, and the inclusion of 8-man raids and the announcement that all DLC will be free is a great start. Washington, here we come!

Console to watch in 2019 – Nintendo Switch

The Nintendo Switch had a very good end to 2018. It got some great exclusives such as Pokemon: Let’s Go, Eevee!, Pokemon: Let’s Go, Pikachu!, and Super Smash Bros. Ultimate and it finally got some great multi-platform titles that were previously unavailable on the console, such as Diablo III: Eternal Collection, Moonlighter, and Warframe. The Nintendo Switch games library is now much more bulked out, and 2018 also saw the launch of the Nintendo Switch Online service, which may not be perfect right now, but it can only get better with time. We’re excited to see how Nintendo improves their online service in 2019 and also can’t wait for the releases of some upcoming exclusives next year such as Luigi’s Mansion 3, New Super Mario Bros. U Deluxe, Animal Crossing Switch, and Fire Emblem, and I’m still holding out hope that Metroid Prime 4 may see the light of day in 2019. You can say what you want about Nintendo, but the Switch most definitely provides a different experience of gaming and a whole host of great games that can’t be experienced anywhere else, and it’s definitely gaining momentum – we can’t wait to see how it fares next year. There’s never been a better time to grab yourself a Nintendo Switch.

Honourable mention – PS4 (Babylon’s Fall, Days Gone, and hopefully the likes of FF7 Remake and Death Stranding to look forward to in 2019)

And that concludes our end of year awards. Before I go, I better just say that God of War has been phenomenally unlucky to have had Red Dead Redemption 2 release in the same year, as it would have mopped up all of the awards that we handed to Red Dead otherwise. 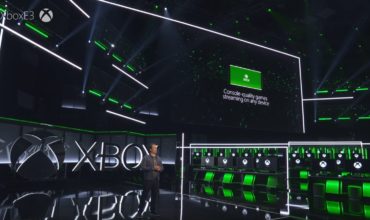