As 2018 draws to a close the Nintendo Switch has started to gain momentum. As well as numerous great exclusives, more and more multi-platform titles have finally been making their way to Nintendo’s console, including the likes of Warframe and Diablo 3: Eternal Collection. With that in mind, we’re taking a look at the games that we’d love to see making their way to the Switch in 2019.

At this point it seems highly unlikely that Hearthstone will ever make its way to consoles, but if it does then the Nintendo Switch seems like its most natural destination. While a collectible card game may not lend itself well to a home console like the PS4 or the Xbox One, the games highly successful mobile release back in 2015 suggests that Hearthstone would fit in perfectly on Nintendo’s hybrid console. Although Blizzard themselves have seemingly ruled out Hearthstone heading to Switch on a couple of occasions, it seems odd that they would continually refuse to introduce their money-making machine to an even bigger audience, and we hope to see them change their stance in 2019.

Sticking with Blizzard for a minute, their hero-based shooter Overwatch is another one of their titles that we would like to see on the Switch. There is a distinct lack of competitive first-person shooters available on Nintendo’s console and Overwatch feels like the natural fit thanks to its character-driven heroes (which would be right at home on a Nintendo console), its cartoon-esque art style, and the fact that it’s not the most technically demanding game. The appearance of Diablo on Switch will hopefully open the door for more Blizzard titles to make their way over, and we hope that Overwatch is one of them.

It’s over four years since GTA V first appeared on the current generation of consoles, and over five years since Rockstar’s behemoth debuted on the Xbox 360 and the PS3. For that simple reason (that the game first released on the previous generation of console) there’s surely no reason to think that the Nintendo Switch shouldn’t be perfectly capable of running GTA V. A port of GTA has been much requested and much rumoured but Rockstar have kept tight-lipped so far. One stumbling block could be whether Rockstar has faith in Nintendo Switch Online; Nintendo haven’t exactly been the benchmark for online gaming and it’s still very early days for the Switch Online service. If Rockstar did decide to bring GTA V to Nintendo’s console then it would surely be to try and open up GTA Online to more players, but they would only want to do that if they knew that the Switch Online service was capable of handling it. We’ll impatiently wait and see.

A FIFA that’s up to standard

Okay, so this is a strange one, because FIFA is already available on the Switch, but I’m talking about a version of FIFA that stands toe to toe with it’s Xbox and PlayStation counterparts. FIFA 19 on the Nintendo Switch still runs on the Ignite Engine, which was last used on the PS4 and Xbox One back in FIFA 16. The result of this is that FIFA 19 on the Switch simply didn’t play as well or look as lovely on Nintendo’s console. Not only that, but the Switch port also lacked a number of key modes such as The Journey, and features like the interactive transfer negotiations were also cut completely from career mode. The result of all of this is that FIFA on the Switch just feels like a stripped back, watered down, poor man’s version. This may well all be down to the technical limitations of the Switch, but I’m hoping that EA and Nintendo can find a way to get FIFA up to scratch for next year’s installment. It seems unfair that Nintendo players don’t get a standard of football game that they deserve.

It’s been over 2 years since XCOM 2 got ported over to the Xbox One and the PS4 following its PC release several months prior, but there’s still no indication of the game seeing the light of day on the Nintendo Switch. Although the game did quite clearly heavily inspire 2017’s Mario + Rabbids Kingdom Battle, which in itself is a decent game, it would be great to see the true daddy of turn-based tactic games appear on the Switch. XCOM 2 should run on Nintendo’s console and seems like a title that would add more variety to the Switch’s ever growing catalogue of games.

No Man’s Sky was, frankly, a bit of a disaster when it first launched on PS4 back in 2016, but the NEXT update which coincided with the games Xbox One debut in 2018 greatly improved things and gave the game a new lease of life. Further updates have followed in recent months (namely the updates The Abyss and Visions) to further bulk out the game and offer a more complete experience. Again, Nintendo’s console should be more than capable of running No Man’s Sky smoothly and offer Nintendo players the chance to explore the universe.

PlayerUnknown’s Battlegrounds is pretty much the originator of the type of battle royale game that is all the rage at the minute. Although phenomenally successful when it released on the PC in early access, it struggled with some stability issues and was quickly overtaken by the release of Fortnite which took the world by storm. Now also available on both Xbox One and PS4, it would be great to see PlayerUnknown’s Battlegrounds find its way to the Switch and give battle royale fans a more realistic alternative to Fortnite on the console, as it seems unlikely that the excellent Call of Duty: Black Ops 4 will ever see a Switch release.

Yes, I know that Sea of Thieves is made by Rare, and yes, I know that Microsoft owns Rare. Because of that, I know that the probability of Sea of Thieves ever appearing on a console other than the Xbox One is very slim if not completely impossible, but I’ve included Sea of Thieves on this list because it just feels like a game that should belong on a Nintendo console. It’s humour, charm, and art style lends it perfectly to Nintendo who, for me at least, are still the natural home of all things Rare, and Sea of Thieves is another game that would definitely run as smooth as silk on the Switch. The main question mark, again, would be whether the Nintendo Switch Online service would be stable enough to keep things running without issue. Although this one is very unlikely I would love to see Rare be allowed to put their game on Nintendo’s console, and maybe they could bring us a new Banjo Kazooie, Conker’s Bad Fur Day, and Diddy Kong Racing while they’re at it.

This is a bit out of place on this list because we already know that Metroid Prime 4 is coming and that it’s exclusive to the Nintendo Switch, but I’m adding it because the release date is currently unknown but I want to see it in 2019 because I’m an impatient man. Metroid Prime 4 was announced way back at E3 2017 but we’ve heard little about the game since then, other than that it will be developed by a new development team led by longtime Metroid producer Kensuke Tanabe and that the series would return to its first-person adventure roots. It’s been over a decade since Metroid Prime 3 was released on the Nintendo Wii, and we’re hopeful to get our hands on the newest addition to the series next year.

We expect the Nintendo Switch to keep up the momentum that it’s gathered heading into 2019 and we think that all of these games would make great additions to the Nintendo Switch game library heading forward. Are there any that you disagree with or any games that you think we’ve missed? Let us know in the comments section below. 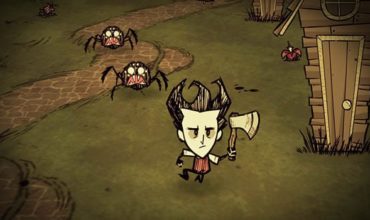 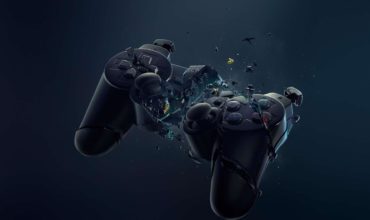