There have been all sorts of rumours swirling around ever since Thurrott reported back at E3 that new Xbox consoles (yes, with an S at the end) were in development under the project codename ‘Scarlet’.

Today, Thurrott is reporting that Microsoft is working on two consoles. One will be a traditional ‘sit-in-your-underwear-in-your-lounge’ home console similar to the Xbox One, the second will be a ‘sit-in-your-underwear-if-you-want-but-it might-be-weird-because-you’ll-be-on-camera’ streaming console designed to support the new streaming platform that Microsoft is currently working on.

What this means, ultimately, is that we will see the release of two consoles, with one being more powerful (and therefore more expensive) than the other. Naturally, a console that is being used primarily for streaming will require more power than one that isn’t.

This is a sensible move from Microsoft. Anybody who has tried to stream directly from an Xbox One will know that, although possible, the Xbox simply isn’t powerful enough to handle it without issues. The release of two consoles—one for streamers and one for your average gamers—will give consumers the opportunity to pick price-point and power based on their needs as a gamer. The release of a streaming console in conjunction with Microsoft’s new game streaming service will give that platform a higher chance of succeeding as a business venture.

This is, of course, all gossip. There has been no official word on the matter from Microsoft yet, but this seems like a logical step for them as they aim to claim their crown back from Sony when the next generation of consoles releases. 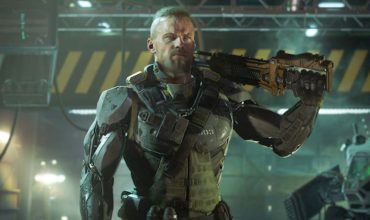