Bethesda has outlined their next two big Fallout 76 updates. The first is due to be released on December 4th and will include stability and performance fixes as well as increasing the stash limit from 400 to 600, which is something that’s been bugging a lot of players and Bethesda has said that they will increase this further, saying:

“While this is somewhat conservative, we plan to increase the storage cap further once we verify that this change will not negatively impact the stability of the game,”

The update will also improve the loot dropped from bosses and fix various bugs such as the dying while over-encumbered bug and bugs where people appear to be getting stuck in their power armour. Bethesda commented on this saying the following:

“We’re also aware that there are some additional cases where this can occur, and we are actively investigating them,”

There’s a few other changes and fixes too, but nothing too drastic from what we can tell from the information provided, but expect full patch notes before the update drops on December 4th. If I’m being honest, this first patch doesn’t seem to fix the game at all, you’ll still be running around a lonely map with no real purpose, but hopefully the second patch can fix that.

The second patch brings more of the same, but one fix that is going to please a lot of players is the camp placement on login issue; no longer will you get a blueprint put into your inventory. Instead, you’ll get a notification and will be able to move it if you want to, Bethesda explains it better below:

“Your C.A.M.P. will no longer be automatically blueprinted and stored if someone is occupying your location when you log into a server. Instead, you’ll receive a notification that your space is occupied. If you decide to find a new home for your C.A.M.P. on that server, it will be free to do so. However, if you don’t attempt to place down your C.A.M.P., you will be able to switch to a new server where that spot is vacant and your C.A.M.P. will be fully assembled and waiting for you.”

Staying on the C.A.M.P system for a minute, there will also be a bulldozer added to the game that will allow you to remove small trees and rocks to make space for your structure. This is a great addition for any of you wannabe architects out there.

As well as this, Bethesda are also adding the ability to respec, and once you’ve reached level 50 you’ll be given the option to choose between moving a SPECIAL point or picking a new Perk Card.

Of course, there will be plenty of bug fixes and more than likely more performance and stability fixes. There will also be some PC specific updates that include:

So, that’s all the main fixes and additions you can expect to see in the two upcoming updates. It’s most definitely a step in the right direction, however, if I am being honest, for me personally it doesn’t come close to fixing the game. Sure, there will be less bugs and the frame rate might be a bit more stable but the game fundamentally will still be broken in my opinion, the game needs more flesh to it. But regardless, hopefully that is to come; maybe Fallout 76 is destined to be the next No Man’s Sky or Sea of Thieves and will instead be a game that’s brilliant in a years time.

Bethesda knows they screwed up with Fallout 76, and they’ve been feeling bad about the silence, so here’s a little apology from them:

“We know you’re frustrated and angry at the state of things right now, whether it’s the issues you’re running into in the game, or the lack of communication about fixes, updates, or news,”

“We didn’t want you to think the silence meant nothing was happening. We’re sorry and understand this was not the right approach, and we’ll work to make a better bridge between you and the dev team at BGS.”

Bethesda has also said they will begin posting articles (on their website we assume) on a weekly basis detailing everything they are working on:

“to make sure you know what the studio is working on as it relates to issues you may be experiencing, quality of life requests you have, or new features they’re excited to share”

So, what do you think of Fallout 76? Do you think they’re going to make the game great eventually? Or do you think it’s already great? We’d love to hear from you, so let us know in the comments! 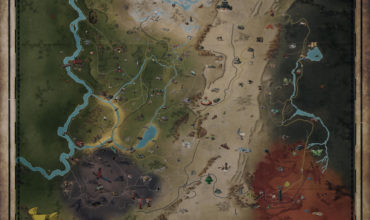