A new month brings more free games for Xbox Gold players, and considering that this is the month of giving and getting drunk you would expect there to be a stellar lineup. Well, unfortunately it’s not. Don’t get me wrong, the games on offer are all decent, but it’s not exactly an ‘end of the year spectacle’; we’ve seen far better months this year in terms for free games with gold, but alas, they are free so we should not complain.

Microsoft seem to be continuing the indie trend, with the two main Xbox One games being indie titles; there’s noting wrong with that per se (it’s great that they support indie developers) but I would prefer it if they stuck to just one indie game coupled with an AA or AAA game. Saying that, both titles are good and were mostly met with praise by players and critics alike, so they should be more than good enough to pass some time, but not good enough to take you away from Red Dead Redemption 2.

The two main Xbox One games are Q.U.B.E. 2, which is a very satisfying puzzle game where you can control objects with a levitation glove, and the second title is Never Alone – this game has had mixed receptions, with some people saying it’s the best game since sliced bread and some saying it sucks. Personally, I like it, it’s a charming game with great graphics and a brilliant story. Never Alone is available from the 16th of December until the 15th of January and Q.U.B.E. 2 will be available during the whole of December.

The remaining two games are backwards compatible games (as usual), the first being ‘Dragon Age 2’ which, as most of us will know, is a brilliant game and if you haven’t played it before and enjoy RPG’s you’ll love it. You can get your hands on Dragon Age 2 from the 1st to the 15th of December.

The second game is ‘Mercenaries’. This game was a classic back on the original Xbox, it was one of the first games I played where you could literally destroy everything that you saw and earn money for doing it. There were vehicles and a wide array of weapons, it was carnage and I might just have to play it again. Mercenaries will be free from the 16th to the 31st of December.

So although this wasn’t the end of year spectacle I was hoping for, the games on offer are decent and were worth the money before they were free. Enjoy.

November PlayStation Plus Games Announced and Include Bulletstorm & Yakuza Kiwami 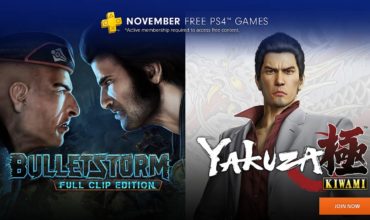 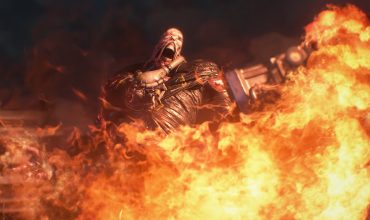