Rainbow Six: Siege’s latest update, Operation Burnt Horizon, is now live on all platforms, kicking off the fourth year of content for the game. The Australian-themed update adds the two new Operators, Mozzie and Gridlock, to the game as well as the new Outback map, all of which were announced a few weeks ago.

Speaking about the new Operator’s when they were announced a few weeks ago, I provided the following details:

“Gridlock is an Attacker who makes use of her Trax Stingers as a form of “area denial” – throwing her Trax Stingers on the ground causes it to deploy a cluster of spikes in a radial pattern that both damage and slow down any Defender who dare attempt to walk over them. It’s a gadget that would, on first look, seem much more suited to a Defender, but inventive Attackers will be able to use the Trax Stingers to defend a planted defuser or even flush a camping defender out of their room of hiding, as well as its more obvious use of deploying it to cut off staircases and hallways. Jäger’s ADS gadget doesn’t affect Gridlock’s Trax Stingers, but Defenders can destroy them with bullets, explosives, or melee attacks, at the obvious cost of making some noise and giving away their position. Aside from her Trax Stingers, Gridlock will wield an F90 Assault Rifle and an M249 LMG.

Mozzie, meanwhile, is a Defender who wreaks havoc by hacking the Attacking team’s drones (including Twitch drones) with his trusty Pest Launcher. Each time Mozzie hacks a drone and adds it to his fleet he can control it fully, allowing him to drive, jump, use shock charges, tag enemies, and park it up in “sneaky spots”. He can’t pick them up though, and driving one outside for more than a couple of seconds will cause him to lose the drone. Each drone in Mozzie’s possession (and in play) will be viewable on the Defender camera feed, so they can be an important piece of surveillance equipment. To hack a drone, Mozzie can either shoot a Pest directly on to a drone—which is easier said than done, but Mute can help to keep a drone still—or shoot a Pest onto a surface, as it will pounce on to any drone that gets close. Hacked drones are indicated to Defenders by a glowing outline around them, while Attackers will see a blue light on the drone that indicates that it has been hacked and needs destroying. Attackers can get access to the camera feed of a hacked drone with a Dokkaebi hack but, importantly, they will not regain control of the drone. Attackers will get a red warning light in their drone view to let them know that a Pest is nearby, so they can be avoided, but they will act as another pain in the arse and a distraction for Attackers to have to deal with. On the weapon side of things, Mozzie will be equipped with a P10 Roni automatic pistol and a Commando 9 assault rifle.

The new map, Outback, is a “roadhouse in the middle of the sun-burnt country, where travellers rest and refuel before venturing out into the bush” (stop laughing). Outback will feature three main areas that are connected in an L shape, and each building will be accented in it’s own colours to make them easily identifiable and feature distinct landmarks, such as a stuffed shark, to assist with callouts.”

Elsewhere in the update there are changes to Capitao, who has been reverted back to his Wind Bastion version, and Dokkaebi, who’s hangup timer has been reduced from 18 seconds to 12. Ubisoft is also making changes to how leaning works to try and combat “lean spamming”, and they’ve made changes to Operator movement and running animations. There are, as always, a number of bug fixes too, and you can read all about them here. 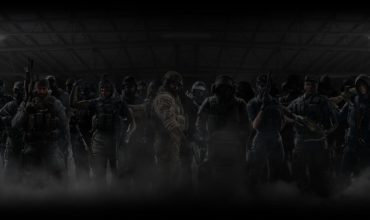