It’s not long now before we finally get to play one of the most anticipated games ever, Red Dead Redemption 2, and to celebrate the fact, Sony has announced their Red Dead bundles for the PS4 and PS4 Pro.

These bundles will launch alongside the game on the October 28th. The bundles are as follows: 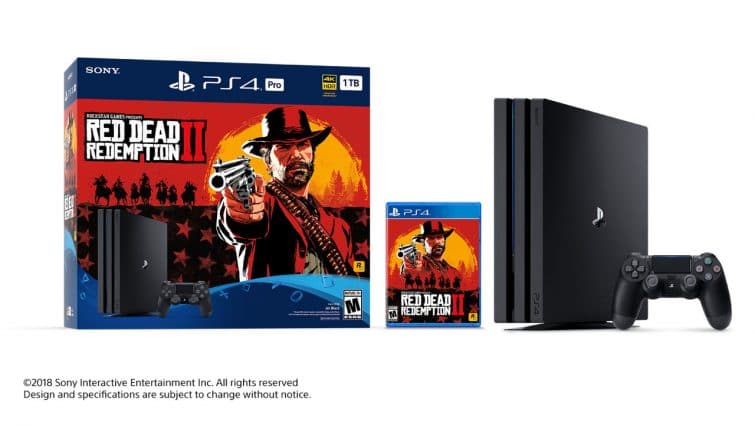 The headline console (first in the list) will set you back $399 in the US and $499 in Canada, at the time of writing the pricing for the other console bundles and pricing for the EU and UK is not yet available – we will update this article as soon as we know.

As you can see above, the console design itself is the same, which is a bit of a disappointment considering how good the God of War and Spider-Man consoles looked – in our eyes Red Dead Redemption 2 is a much more anticipated game than the other titles, however, it’s not a PlayStation exclusive so maybe that’s why. If you already own one of these consoles there’s really no point in buying one of these at all – instead, you should try and get hold of one of the consoles mentioned above, because they are much cooler.

However, If you don’t already own the console or if you’re looking to upgrade from a regular PS4 to a PS4 Pro then this is a great offer – you’re essentially getting the game free with any console purchase. And if you are looking to upgrade from a regular PS4, you should do it in time for the release of Red Dead, it’s going to look amazing in 4K if the current footage we have is anything to go by.