Hot on the heels of the massive Symmetra rework, Torbjorn will be the next Overwatch hero to get the full overhaul treatment.

In the latest developer update game director Jeff Kaplan gave some details on the next major patch, which will include the Torbjorn update as well as numerous balance changes and the start of the annual Halloween event. You can view the developer update below.

When the update goes live Torbjorn will no longer use his scrap system or give out any armor. Instead, he will gain the secondary ability “Overload” which will grant him a temporary speed bonus, fire rate increase and damage resistance. You’re probably thinking “well, that just sounds like his Molten Core ability” and you’re right, it does. That’s why Torbjorn’s Ultimate Ability will be changed too. His Ultimate will still be known as Molten Core, but now it’ll allow him to fire pools of liquid magma that cause area-of-effect damage and do extra damage against armored enemies. Turret wise, build levels are gone and his turret will now automatically be set at Level 2 (where it will stay permanently) and he’ll be able to throw it to where he wants it – meaning you could, in theory, throw your turret behind an enemy defense if you were on an attack round.

The aim of this rework is to make Torbjorn a “more acceptable pick on both attack and defense and less map or role-dependent than he was previously,” according to our good old buddy Jeff. This makes sense, as Torbjorn has traditionally been seen as a hero solely made for defense rounds and is largely only considered a viable pick on certain maps. We’re looking forward to seeing how this rework affects the meta and Torbjorn’s pick rate, we just hope that it doesn’t turn him into an absolute pain in the arse killing machine like Symmetra. 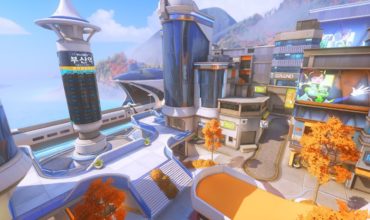 Overwatch – A Guide to McCree