Overcooked 2 is getting a new DLC on April 18th, and it’s themed on our ventures into the great outdoors.

Camping Cook Off will add a new map, allowing players to “climb aboard the Onion King’s bus and follow the famous Trail Mix Trail to new kitchens!”. There’s 12 new kitchens to be exact, ranging from “tall tree tops to rushing rivers”. You’ll be able to take to the new kitchens with four new chefs, all of which are “ready to take on the great outdoors and show off their al fresco cooking skills”.

There’s two new recipes to perfect, and Team17 says that there will also be “new mechanics that will put even the best chefs to the test”. Interesting.

Alongside Campfire Cook Off, Team17 will also be offering a season pass for the game that will give you access to Campfire Cook Off and “two further DLC packs to be released in 2019!”, confirming that more content is coming to the game throughout the year. The season pass will be available on all platforms, setting you back £14.99/€18.99/$18.99.

Team17 says that they’ll be showcasing the new features of the DLC in the coming weeks – we’ll keep you updated.

Overcooked 2 gets its first DLC 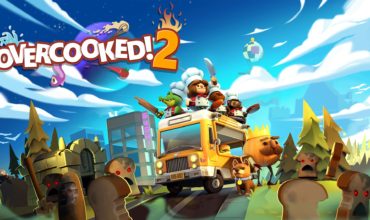