Nintendo has announced a revised model of the Nintendo Switch that will feature a longer battery life.

The increase is a significant one. The launch model of the Switch offers 2.5 hours to 6.5 hours of battery life when playing in handheld mode, but the actual length of play that you’ll get varies from game to game, with battery-draining titles such as The Legend of Zelda: Breath of the Wild only managing about three hours, for example. The new Switch model will boast 4.5 hours to 9 hours of battery life in handheld mode depending on the game, while Breath of the Wild will manage 5.5 hours, which is a big increase. Notably (and perhaps strangely), that’s more battery life than the designed-for-handheld Nintendo Switch Lite, which can manage three to seven hours of battery life, or four if you’re playing Zelda.

Perhaps most importantly, the new battery won’t increase the cost of the Nintendo Switch, which you can normally pick up for around $300/£280. The new model is slated as hitting shelves in the US and Japan in late August, while Eurogamer are currently quoting a Nintendo UK spokesperson quoting that the new model will go on sale in the UK in September.

The significant increase in the battery life means that anybody who is currently thinking about buying a Nintendo Switch should most definitely hold of for another couple of months, as you are quite literally getting more for your money. It may even be worth buying this model over the Switch Lite even if you’re only interested in playing it handheld, as you’re getting an extra two hours of battery life as well as a bigger screen size and rumble support for just an extra £80.

From a business standpoint, while it’s great for Nintendo to offer a better product for the same price, I do fear that it could severely hamper the sales of the Nintendo Switch Lite unless they drop the price of the new product, and it could also cause them some backlash from anybody who has recently bought a Nintendo Switch and will miss out on the improved battery.

What do you think? Let us know in the comments below. 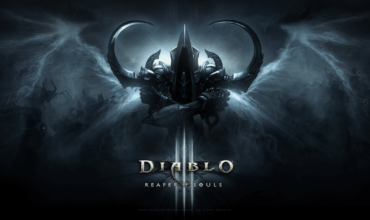