The latest Minecraft update is available for beta testers, and it has finally added a Character Creation tool to the game.

The Minecraft Character Creator will allow players to have much more freedom when it comes to creating a unique avatar, with body size and shape, limb replacement, eyes, hairstyles and colours, facial hair, skin tones, and the wearing of accessories all now being fully customizable. Previously, players could only create their own custom skin to go over your existing, flat character model, but this new Creator will allow you much more flexibility and a much less flat appearance. There will be over 100 customisation items that are available for free, but the Minecraft team say that they will have “a range of custom accessories” that are available “for purchase”, which sounds a bit ominous to me.

If you don’t want to get involved in any of this nonsense and you’re happy with your traditional custom skins then fear not, skins can still be imported exactly as before on either Windows 10 or on mobile. Details of how to do so are included in the patch notes for this update.

As mentioned at the top of this article, the Character Creation tool is currently only available to beta testers, which limits it to the Xbox One, Windows 10, and Android versions of the game, but it will roll out to other platforms such as iOS and Nintendo Switch once the beta has ended. If you want to take part in the beta to check out the Character Creator tool then I refer you to the instructions below, as well as the warning notes (which should be read before opting in) from the patch notes linked above:

PLEASE READ before participating in the Minecraft Beta: 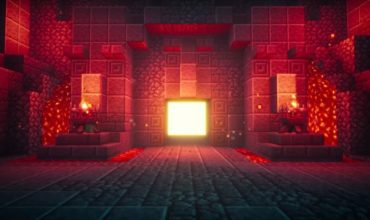