Nintendo has revealed the most played games on the Nintendo Switch in Europe last year, and there are no prizes for guessing which game tops the list (especially considering I told you in the title of this article).

Yep, worldwide phenomenon Fortnite tops the chart, which shouldn’t really come as any big surprise considering that it has taken over the world and that it’s free. Still, it’s rare for a none-Nintendo title to be the most played game on a Nintendo console, so I guess that’s something to be impressed by.

Indeed, Nintendo titles make up the rest of the top 5, with The Legend of Zelda: Breath of the Wild, Super Mario Odyssey, Splatoon 2, and Mario Kart 8 Deluxe occupying 2nd to 5th place in that order. FIFA 19 and Minecraft take the next two spots, while Pokemon: Let’s Go, Pikachu and Let’s Go, Eevee occupy 8th and 9th, with Xenoblade Chronicles 2 rounding out the top 10.

Some people may be initially surprised to see Super Smash Bros. Ultimate sitting way down in 18th considering it’s enormous sales success, but don’t forget that it only released on December 8th which gave it barely any time to make an impression on the list. Considering that fact, it’s actually impressive that it made it in to the top 20 at all. As a farming fanatic, I’m delighted to see the fantastic Stardew Valley sitting proudly in 15th. I’m a big fan of Stardew Valley, have I ever mentioned it?

There are no figures on exactly how long these games were played in 2018, so we have no way of comparing games or knowing how far ahead of the competition Fortnite was. Still, it’s more proof that Fortnite is a gaming gargantuan that is going to take some shifting; as far as we can see, Fortnite isn’t going anywhere.

The list is available through the news feed on the Nintendo Switch itself, but I’ve posted it below for your convenience. You’re welcome. 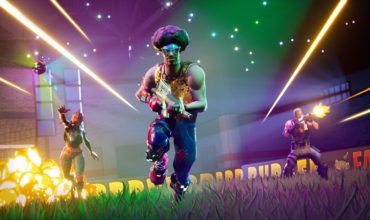