There’s a new update out for FIFA 19, and it’s a pretty big one that addresses a number of issues. Most notably, it brings us the much needed nerf to overhead kicks.

In our FIFA 19 review, we noted that overhead kicks were in a ridiculous state. Every man and his dog were doing them, in ridiculous circumstances and with unbelievable accuracy and skill. I saw at least one in practically every game; even if it was Crewe Alexandra vs Morecambe, defenders and strikers alike would be pulling off perfectly formed overhead kicks like nobodies business. Luckily, then, EA have acknowledged that this is an issue, saying “Some players were incorrectly taking these kicks without meeting the Agility attribute requirements to do these kicks contextually.”, Yeah, no shit. They continued “To further explain, these types of kicks can happen, in appropriate situations, for players who have an Agility attribute of 80 or higher, or who have the Flair Trait, without the player having to hold down the ‘Flair Shot’ button.”.  Following this update, these ridiculous overhead kicks should be very few and far between, with EA saying “These kicks are now more likely to be impacted by error resulting in potentially less accuracy, speed and spin.”

Elsewhere in the update, a bug has been fixed which was causing havoc in game modes with two human controlled players on a team, such as Pro Clubs or Co-op Seasons. This bug was causing opponent’s defenders to not respond to an attacker running behind the defensive line during a goal kick, meaning one player (controlling an outfield player) could run in-behind the defence while the other player (controlling the keeper) could just lump the ball down the field and put their teammate clean through on goal. I saw this bug being exploited countless times in Pro Clubs and it was very difficult to do anything about it, so it’s good to see it addressed so quickly.

The update has also improved goalkeepers and how they deal with the ball at their feet, and has made it impossible for your opponent to skip replays of your goals during online play, meaning I can finally watch every replay to wind people up again.

There’s a plethora (great word, I know) of other changes to read through, so check them all out here.

FIFA 19 adds La Liga to its long list of licenses 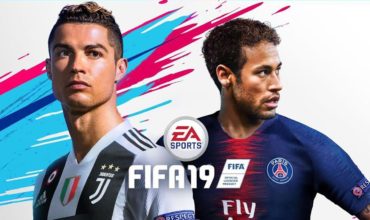 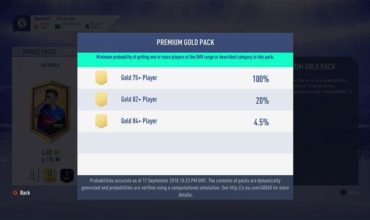