Nintendo has hit us with a barrage of gaming announcements during their Nintendo Direct presentation for E3 2019. To keep things simple for you we’ve compiled all of the information into one place. You’re welcome. Check out all of Nintendo’s announcements below:

Ni no Kuni is coming to the Switch

Ni no Kuni: Wrath of the White Witch will launch for the Nintendo Switch on Friday 20th September, and a remastered version will launch for PC and PS4 on the same day. The remastered version is going to support 60fps at 1080p resolution, while the Switch version (which is identical to the original) will only run at 720p and 30fps. The charming JRPG originally debuted for the PS3 in Japan in 2011 before finally getting a western release for the same console in 2013. Check out the trailer below:

Dragon Quest 11 gets a release date

Dragon Quest 11: Echoes of an Elusive Age: Definitive Edition will get its Nintendo Switch release on Friday 27th September.

Dragon Quest 11 originally released in Japan on the PlayStation 4 and Nintendo 3DS back in 2017 before releasing worldwide on the PS4 and PC in September 2018. In the Switch version, players will be able to choose between the games original midi soundtrack or the new, fully orchestrated soundtrack, and there will also be an optional 16-bit graphics mode that’s reminiscent of the 3DS version of the game that only released in Japan. Players will also have the option of choosing between English or Japanese voices, and there will be some new character specific stories too.

Luigi’s Mansion 3 gets a gameplay trailer

Nintendo used their E3 presentation to show off some gameplay from the upcoming Luigi’s Mansion 3, and it looks great. In Luigi’s Mansion 3, Luigi visits a large hotel with Mario, Peach, and a gang of Toads. As you can probably imagine, things soon go south and Luigi is forced to go ghost hunting. That means it’s time to pull out his trusty Poltergust vacuum cleaner which now comes with some new abilities, including a Slam attack that causes aoe damage, Suction Shot which allows you to destroy furniture, or Burst which allows you to push away a group of ghosts and give yourself some breathing space.

Familiar faces such as Professor E. Gadd and the fabulously named Gooigi return, and the game will also have a co-op multiplayer mode called ScareScraper, which can be played online or locally. There’s still no firm release date sadly, but the game will release in 2019. Check out the gameplay trailer below:

The Dark Crystal: Age of Resistance Tactics is coming to Nintendo Switch

Nintendo has confirmed that a game based on the upcoming Netflix series, The Dark Crystal: Age of Resistance is coming to the Switch.

The game, which is titled The Dark Crystal: Age of Resistance Tactics, is a top-down turn-based strategy game set within the universe of Jim Henson’s 1982 film The Dark Crystal. There’s no word on a release date yet but we do know that it will release in “Q4 2019”.

The gorgeous-looking remake of the Game Boy classic, The Legend of Zelda: Link’s Awakening, will launch for the Nintendo Switch on Friday 20th September.

In a pleasant surprise, the game will also have a dungeon creation suite, allowing players to build their own custom-made dungeon complete with puzzles and enemies. It looks pretty simple to use thanks to the games top-down view and it’ll be interesting to see how many different varieties of rooms will be available to create. Once you’ve made your dungeon you’ll be able to run it to earn rewards, but there’s no word yet on whether you’ll be able to share your creation online to let others run it, or likewise try and complete another players creation. I hope that you’ll be able to, because that would be really cool.

The Witcher 3 is coming to the Nintendo Switch

CD Projekt Red’s 2015 classic, The Witcher 3: Wild Hunt, is on its way to the Nintendo Switch this year.

The version that’s coming to the Switch is the Complete Edition, which bundles together the base game with both of the games expansions, namely Hearts of Stone and Blood and Wine. It’s great to see another massive game coming to the Switch, but it’ll be interesting to see how well the game performs on Nintendo’s lesser-powered machine – I have to admit that I do have some reservations. There’s no release date yet, but we do know that it’ll release this year.

Trials of Mana coming to Switch in 2020, and Collection of Mana is available now

There was a couple of pieces of Secret of Mana related news during Nintendo’s E3 presentation.

Firstly is Trials of Mana, a HD remake of Seiken Densetsu 3 which released in Japan only in 1995. Seiken Densetsu is the third game in the Mana series which, unlike its predecessors, never made it to the West. The original game was played from a top-down perspective but Trials of Mana gives the game a completely 3D modern makeover. Trials of Mana will release in “early 2020”.

No More Heroes 3 was officially announced for the Nintendo Switch.

There are very few details, but the reveal trailer did confirm the return of Travis Touchdown, who pulls off an absolutely textbook german suplex. The game is developed by series creators Grasshopper Manufacture and will release at some point in 2020. Check out the trailer below:

Empire of Sin was announced during Nintendo’s E3 livestream. Developed by Romero Games (led by legendary father of first-person-shooters John Romero) and published by Paradox Interactive, Empire of Sin is a strategy game where “players build their own ruthless criminal empire as one of 14 distinct bosses vying to run the seedy underworld of organized crime in the city. With randomly generated starting conditions, players will have to adapt to survive and do whatever it takes to outsmart, out-gun and outlast their opponents.” Set in 1920’s Chicago during Prohibition, the game looks heavily influenced by film noir. It’s due for release in Spring 2020, and it’s also coming to PS4, Xbox One, and PC.

That will be disappointing news to a lot of people, but Nintendo is assuring players that it’s necessary for them to make the game “the best it can be”. In better news, we did get a new trailer for the game which showed off various aspects of the gameplay such as crafting, gathering resources, and pole vaulting over rivers, because why not?

Cadence of Hyrule releases this week

Cadence of Hyrule, the rhythm-based Zelda game that was announced back in March, releases on Thursday 13th June. Yes, this week.

Cadence of Hyrule is developed by the same team that created Crypt of the Necrodancer, and will feature the same follow-the-beat gameplay but to the tune of the Zelda soundtrack. Loevly stuff. Here’s the games original announcement trailer:

Nintendo dropped a couple of Contra surprises during their livestream. Firstly, the previously announced Contra Anniversary Collection—which bundles together ten titles from the Contra series—has been surprise released and is now available to download through the Nintendo eShop. The collection was previously only slated for a release in “summer”, which it most definitely isn’t here in England at the moment.

In even more surprising news, Nintendo and Konami announced Contra Rogue Corps, a brand new canonical entry into the Contra series that picks up following the events of Contra III: The Alien Wars. It’ll support single-player and multiplayer, it’s releasing for Nintendo Switch on Tuesday 24th September (no word on other platforms yet), and it looks absolutely mental. How else can you describe a panda with a machine gun going on a rampage?

Nintendo has announced the next two playable characters for Super Smash Bros. Ultimate.

First up we have Banjo and Kazooie, the duo who are collectively known as Banjo Kazooie. The two will count as one character, with Banjo dishing out the hard hits (and using Kazooie as a weapon – how rude) and Kazooie able to flap his wings to keep the pair airborne for a short amount of time.

Both characters will be available to purchase individually, or you can get them as part of the games Ultimate Fighter Pass.

A sequel to The Legend of Zelda: Breath of the Wild is in development

Nintendo definitely saved the best until last during the presentation, rounding out the show with a teaser trailer that confirmed that a sequel to The Legend of Zelda: Breath of the Wild is now in development. The trailer gave away very little but did seemingly show an evil awakening and Hyrule castle rumbling and rising from the ground. The game is likely to be a very long way off yet, but that won’t stop us getting very, very excited.

And that’s it, all of the announcements from Nintendo’s E3 presentation. We’re definitely most excited by the Breath of the Wild sequel (although it’s miles off) and Luigi’s Mansion 3. What are you looking forward to? Let us know in the comments below. 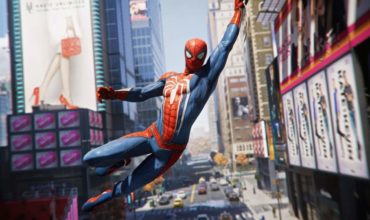 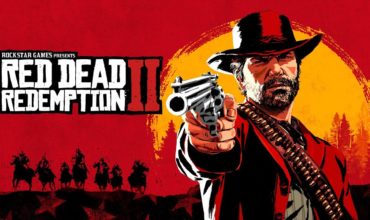