We’re back with more coverage from E3 2019. Below is everything that was shown during the Square Enix E3 conference.

Marvel’s Avengers just edged the Final Fantasy 7 Remake for star of the show, with co-op shooter Outriders looking like a title to keep an eye on. Check out the trailers and see what you think.

After a couple of weeks of teasing on social media, Square Enix has finally released details of its new Avengers title.

Developed by Crystal Dynamics, Marvel’s Avengers will be a single-player and multi-player game, and is the developers take on The Avengers, which is pretty evident when you check out the new looks of some of our favourite hero’s.

The multiplayer portion of Marvel’s Avengers will support four-player online action from an ever-growing roster of superheroes. What’s great about this news is that Crystal Dynamics made a point of mentioning how these will be delivered at no extra cost, meaning no loot boxes or any pay-to-win shenanigans.

Marvel’s Avengers is set to launch on PlayStation 4, Xbox One, PC, and the soon-to-be-released Google Stadia on May 15th 2020.

Oh my. Every time I see something new from Square Enix regarding the Final Fantasy 7 Remake it gets me right in the feels.

Square started off by reiterating the fact that FF7 will take place over two parts. The first will be within Midgar and the other outside. We were also told how the remake will take up two Blu-Ray discs! I’m expecting a hell of a lot of cinematics.

We also got to learn a little more about how the combat works in the remake. Square call it a hybrid combat system, which uses real-time hack and slash gameplay with more a more tactical bullet-time style mode, which lets you use items, magic, and special moves.

Most importantly, we got a release date! Final Fantasy VII Remake will launch on March 3rd 2020. Mark the calendar!

Final Fantasy XIV Online will be receiving some more love, with its third expansion pack titled ‘Shadowbringers’ being announced during E3.

The Shadowbringer expansion is set to add a hell of a lot, with two new Jobs and two new Races being added to the game.

The Shadowbringer expansion will release on July 2nd.

We were treated to a brand new trailer for Dragon Quest Builders 2 as well as details of the pre-order bonus that comes with various copies of the game.

Dragon Quest Builders 2 will be released for the Nintendo Switch and PlayStation 4 on July 12th 2019.

After being announced for release on PlayStation 4 and Switch last September, Square Enix has also decided that mobile gamers should be included in the fun.

Final Fantasy Crystal Chronicles Remastered Edition will be coming to Android and iOS this winter.

Kingdom Hearts III Re:Mind DLC will be heading to PlayStation 4 and Xbox One this Winter.

Heading to the Nintendo Switch, PlayStation 4, and PC on August 22nd is Oninaki. This throwback action-RPG from the developers who brought us I Am Setsuna and Lost Sphear will see you play as a ‘Watcher’. Watchers travel the lands of both the living and the dead and must manage the divide between the two realms.

A strange one this. After a rather lackluster release on PlayStation 4 last December, Square has decided to give Switch owners the chance to play the Remastered version of their 2008 JRPG. It wasn’t great back then either. On the plus side, if you are interested, it’s out now!

A spin-off to the 2015/2016 mobile game Final Fantasy Brave Exvius. This was actually announced late last year, with the E3 trailer showing us some nice new footage.

You can play with one to three players, with the developers promising a strong story which ever way you choose to progress. Outriders was called “dark modern shooter with a traditional voice” by People Can Fly, with players creating their own Outrider, battling monsters in search of a mysterious signal.

Sadly, the release date has been penned in for summer 2020, meaning we’ll probably know more during next years E3. We’ll keep you updated as development progresses before it’s release on PC, PlayStation 4, and Xbox One.

So, that was it from Square Enix at E3 2019. A hell of a lot of trailers and some rather strange additions were included, like the uninspiring The Last Remnant: Remastered. Still, it’s hard not to be impressed with Square’s conference after seeing more of the much-anticipated Final Fantasy 7 Remake and the awesome looking Avengers title. Let’s hope they’re as good to play as they are to watch. 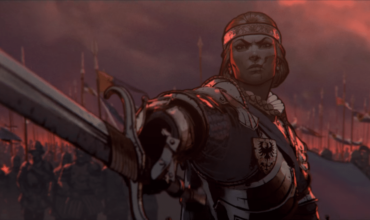