Bungie has announced a new event for Destiny 2. It’s called The Revelry, and it starts on Tuesday 16th April.

The Revelry is all about celebrating the joy of Spring, so The Tower has been appropriately decorated with all manner of colourful flowers. Holiday vendor Eva Levante also has a new activity for players to take part in – it’s called Verdant Forest, and it’s essentially a Spring-ified version of the Haunted Forest from Festival of the Lost. Don’t expect it to be exactly the same though, as Bungie are promising “new twists to fight through”. Verdant Forest will be playable solo or in groups, and you can even matchmake so that Bungie find a group for you. Defeating bosses in the Verdant Forest will give you a chance of earning pieces of the new Inaugural Revelry armor set, and your chance of getting a drop will increase with each boss you kill.

Killing bosses in the Verdant Forest will also give you Reveler’s Essence, which you can use to fill your Reveler’s Tonic that will be given to you by Eva Levante. These tonics will reduce the cooldown of your grenade, melee, or class abilities in all of Destiny 2’s activities (including the Crucible), and their effects will be more potent the more pieces of either Inaugural Revelry or Vernal Growth armor you have equipped.

Alternatively, you can also turn Reveler’s Essence in to Eva Levante in exchange for “packages containing assorted rewards, including world drops, Enhancement Cores, and ornaments for the Inaugural Revelry helmet”. Completing Triumphs and turning in Reveler’s Essence will also allow you to earn the new Exotic Kinetic Fusion Rifle known as Arbalest, which does extra damage against enemy shields.

Bright Engram drops are also being doubled for the duration of the event, so players at max level will get both a Bright Engram and a Revelry Engram each time they level up. The Revelry Engrams will work on a “knock-out” system, meaning that you’ll never get a duplicate item from them until you’ve earned all of the new items.

Destiny 2’s The Revelry event will run from Tuesday 16th April until Tuesday 7th May on all platforms.

Bungie talk about the future of Destiny following Activision split

Destiny 2 DLC to be included with Forsaken 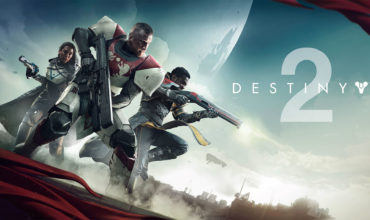