Treyarch has just released a major 12gb patch for Call of Duty: Black Ops 4 on consoles (a PC patch is also coming), and it addresses a number of balancing issues that players have been reporting since launch as well as some quality of life changes.

Most notably, it looks like Treyarch is acknowledging and trying to fix the ongoing spawning issues that have plagued Black Ops 4 and every COD I can remember in the last few years. In our Black Ops 4 review, we noted that the game suffers from instances of spawning directly behind an enemy or vice versa, or even sometimes directly in the middle of a firefight. It was quite possible to respawn and be dead again before you even had a chance to move. Treyarch says they have “adjusted spawn logic and spawn placement across the board” to try and tone down the issues, with a particular emphasis on particular maps where the issues were rife, namely Slums, Summit, Firing Range, Frequency, Arsenal, and Icebreaker. Treyarch noted that they will continually be looking at spawns and trying to improve them going forward which is great to hear. Spawning issues have been a constant in Call of Duty for a long time now so it’s great to see Treyarch acting so quickly after launch to try and improve this aspect of the game. Could we see that respawn timer that I asked for? Doubt it.

Various Specialists are also getting slight balancing tweaks, with Recon’s Sensor Dart getting a reduction to its duration and Crash’s “Teammate used pack” score event being reduced from +50 to +25 to slow down its usage as a way of farming scorestreaks. Nomad’s ridiculously OP K9-Units are also getting a 10% health reduction; I’m not sure that’s enough (seriously, how many hits does it take to kill these things?) but every little helps, I guess. On the flip side, Torque’s Barricade is getting a buff in the form of an increased earn rate and increased hit points, and Prophet’s Temptest ability is getting increased projectile speed and chain distance in attempt to make both Specialists more viable picks.

There is also a shitload of changes to various weapons, with the Assault Rifles being toned down slightly to make SMG’s a stronger pick for those of us who prefer a run-and-gun playstyle. Notably, the Vapr has had quite a substantial nerf, with reduced close-range headshot damage, earlier damage drop off and a reduced headshot multiplier. I was expecting to see a nerf to the accuracy of the ICR, which almost has no recoil at times, but Treyarch has instead decided to keep its accuracy the same but reduce headshot damage and reload speed, meaning it’s still a great gun for newer players or those who struggle with high recoil but is not as effective as it was originally. A number of Sniper Rifles have been buffed to make them actually possible to pick over the Paladin, and LMG’s have been toned down as people were finding them to be a bit too effective. 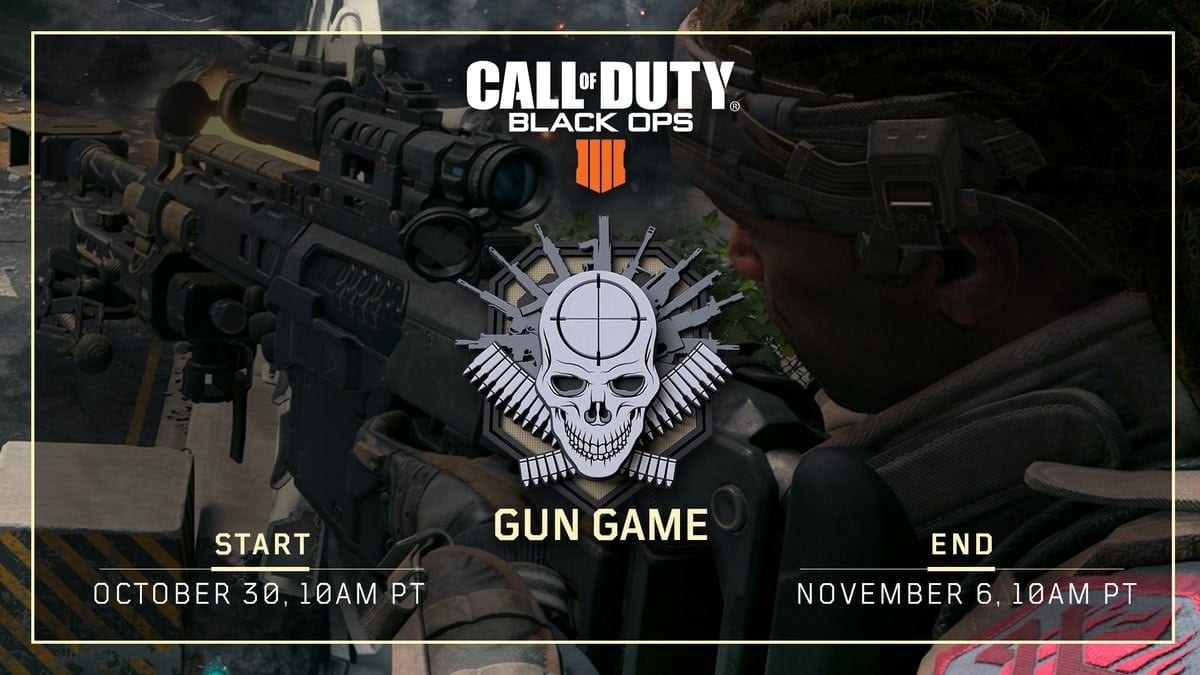 There are numerous other changes (far too many to mention, in fact) such as audio tweaks to Blackout, including teammates footsteps now being quieter than enemy footsteps. Armor is also getting a nerf across all modes, so hopefully it’ll stop people being bullet sponges.

You can check out the full patch notes here.