Blizzard has released their schedule for BlizzCon 2018. As always, Blizzard fans worldwide have been scanning it for any hints of new games and/or expansions. As it happens, there are a couple of these hints that could suggest that we have a major Diablo announcement on the way!

Just after the opening ceremony of BlizzCon 2018 is completed, the main stage is set to host a “Diablo: What’s Next?” panel. At past Blizzcons, these “What’s Next?” panels have all followed up on major announcements. World of Warcraft was the subject of the first of these panels at BlizzCon 2017, and Hearthstone took the same slot back at BlizzCon 2016 with a more detailed look at its expansion “The Mean Streets Of Gadgetzan”. On the Sunday, a second panel is booked in for a 45-minute slot to discuss Diablo’s world and for a Q&A.

It’s been a disappointing last few BlizzCons for Diablo fans, with very little being announced compared to Blizzard’s other franchises. However, Blizzard has been working on Diablo projects for quite some time in secret, with news breaking in early June that Blizzard has been hiring for positions on the Diablo development team.

This is exciting news that’s got us wondering whether or not we could see a Diablo 4 announcement or a new expansion for Diablo 3. The Buff Nerf Repeat boys discussed BlizzCon briefly on Episode 4 of the Buff Nerf Repeat Podcast; during the discussions, we hoped the Diablo franchise would feature at BlizzCon, and now, just a few hours later, it seems as though our wishes have been granted. Magical.

The full schedule for BlizzCon 2018 can be found HERE.

Buff Nerf Repeat will be covering all things BlizzCon, as well as following up the ceremony with a Special Edition Podcast in addition to our normal weekly helping to cover the event.

You can find our Podcast over on iTunes and on Podbean, as well as at our website. 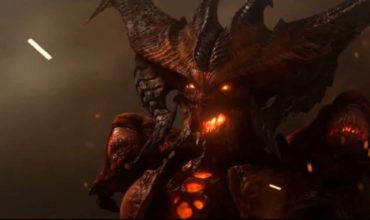 Diablo 3’s Season 16 has been revealed