Battlefield V is getting a new multiplayer map on Thursday 30th May.

The new map is called Mercury and is based on the Battle of Crete, when Nazi Germany attempted an airborne invasion of Greece in 1941, with EA DICE describing how players will “take on a massive aerial invasion along the Cretan coast and experience the first and largest German paratrooper invasion ever, based on the real-life events of Operation Mercury”. Because of its setting, the map will feature sun-drenched beaches and stunning blue water as players do battle in a beautiful seaside resort. Check out the trailer below:

The new map will become available to all players for free on Thursday as part of the games ongoing Tides of War live service model, with Mercury being a new addition as part of Chapter 3: Trial By Fire. The next piece of content will arrive in June in the form of a new game mode called Outpost, where players must “secure and build objectives to ensure your team assembles enough soldiers to endure through the fight”. Outpost will round out the new content for Chapter 3 before Chapter 4: Defying the Odds begins in June, with another new multiplayer map and mode being added. If you want to see the full road map for Tides of War then you can check it out here.

Mercury will be the first major piece of content to be added to Battlefield 5 since the games own take on the battle royale genre, Firestorm, was released back in March. While it was a solid effort, we weren’t overly impressed with it. 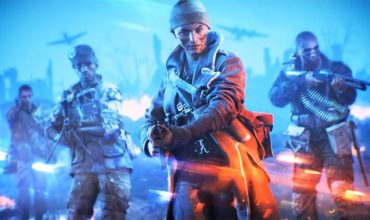 Battlefield V: Deluxe Edition on Xbox One is currently £17.99 on CD Keys