More freebies are on their way in November if you’re an Xbox Live Gold member, with Battlefield 1 the standout offering for Xbox Live Games with Gold.

DICE’s World War 1 shooter will be available to download for less than the cost of a Freddo (which now cost 30p by the way – inflation is out of control!) for the entire month of November, which coincides nicely with the upcoming release of Battlefield 5. I’m sure there will be plenty of people who decide to stick with Battlefield 1 rather than make the jump to Battlefield 5, so I’m sure there will still be a relatively healthy online population for you to mix it up with. If online gaming isn’t your thing, then the single player War Stories are well worth a look. Endless running game Race the Sun is the second free offering, and it will be available to download from November 16th to December 15th.

Over on the Xbox 360 side of things, the original Assassin’s Creed will be free to download from November 1st until November 15th and could be a perfect opportunity for people who have so far passed on the series to see what all the fuss is about, and then from November 16th until the end of the month Dante’s Inferno will take over as the freebie. As always, both of these will be available to play on the Xbox One via backwards compatibility.

Battlefield 1 Premium Pass to be Free for a Limited Time 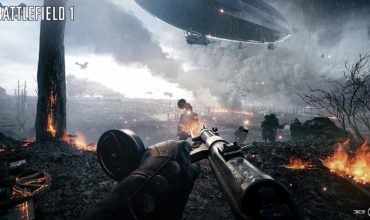