Valve’s first new game to be released in years finally has a release date. November 28 is the date CCG (Collectible Card Game) fans worldwide will be marking in their calendars, with a mobile release confirmed for a later date.

Developed within the Dota 2 universe—another game by valve—Artifact has players facing off against one another on three separate game boards, imitating the three lanes found in Dota 2. Victory is handed to the player who destroys two out of three of their opponents towers or defeats the ‘Ancient’ when one tower is destroyed.

At launch, Artifact will have a massive 40 different heros available to players. 5 of these hero cards will be included in each deck of 40 cards. Valve are hoping that by having such a large pool of hero cards available at launch, players will be able to develop a number of different strategies to be successful; variety in decks has proven to be a very important starting block for any new CCG to hit the market.

Similar to Hearthstone—Blizzard’s massively popular card game—Artifact will be an online only competitive game; however, an offline tutorial has been announced for newcomers to learn the basic mechanics of the game.

Artifact launches via Steam on Windows, Mac and Linux, and will be available for Android and iOS some time in 2019. 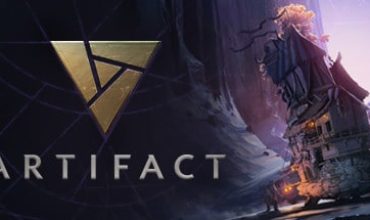 Valve to run a “preview tournament” for Artifact