Sony has announced the PlayStation Plus lineup for April, and Conan Exiles is the standout game in my opinion, mainly because you can run around as a naked woman, but that’s a story for another day. If you haven’t played Conan before then it’s actually a pretty good survival game that wasn’t really given the attention it deserved when it released in early access back in 2017.

The second and final game on the free game lineup is The Surge, which is a challenging Dark Souls-like game set in the future with a sci-fi look and feel. The graphics are great, as is the gameplay if you like these type of games, which I don’t, hence me seeing Conan as the standout game this month. The Surge was met with a great critical reception and will be sure to satisfy your Dark Souls itch, if you aren’t already knee deep in Sekiro, of course.

And that’s it, there are only two free games coming in April as Sony recently announced that they are no longer providing free games for PS Vita or PS3 owners who subscribe to PlayStation Plus, which sucks quite frankly.

Shadow of the Tomb Raider Fails to Take Top Spot 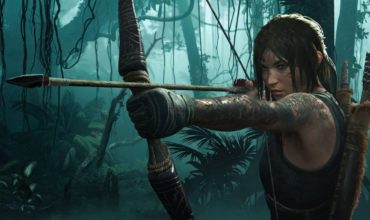