Bethesda has been having a terrible time recently. First they release a shit game, then they send out shit bags, and now they’ve gone and leaked personal customer information to other customers. The past few months have been nothing short of a PR nightmare for the gaming giant.

The data breach happened late last night, and saw users who had submitted a support ticket on the Bethesda website receive support tickets from other users back which contained personal information such as usernames, addresses and full names, as well as some other personal details.

Various people were sharing screenshots of the breach on Twitter (making the whole situation even worse):

@BethesdaSupport I am receiving other people’s support tickets on my @bethesda account. I have numerous people receipts for power armor set that includes their email & home address and the type of card used. This is not good, right? #Fallout76 pic.twitter.com/KUpGCNfIF0

As you can see, most of the support tickets were regarding the bag replacement for customers who purchased the collectors edition of Fallout 76, which is no surprise. Unfortunately, since these users are all looking for replacement bags, their addresses and names were included in the ticket as well as the occasional last 4 digits of the payment card.

Bethesda hasn’t said how this balls up happened, but it was most likely a screw up from a developer seeing as it’s not a hack. They did acknowledge the situation:

“We experienced an error with our customer support website that allowed some customers to view support tickets submitted by a limited number of other customers during a brief exposure window, Upon discovery, we immediately took down the website to fix the error.

We are still investigating the incident and will provide additional updates as we learn more. During the incident it appears that the user name, name, contact information, and proof of purchase information provided by a limited number of customers on their support ticket requests, may have been viewable by other customers accessing the customer support website for a limited time, but no full credit card numbers or passwords were disclosed. We plan to notify customers who may have been impacted.

Bethesda takes the privacy of our customers seriously, and we sincerely apologise for this situation.”

Fallout 76 has been nothing less than a disaster for Bethesda, ever since launch the game has had problems. You have to feel a bit sorry for them, whenever they try to fix something they mess something else up, it’s like a vicious cycle and I hope they can pull themselves out of it. 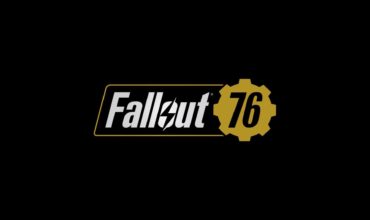