A few days ago, rumours began circling that Activision-Blizzard were preparing to layoff hundreds of staff ahead of their quarterly earnings call on Tuesday. Well, here I am on Wednesday, informing you that Activision-Blizzard has cut around 8 percent of its staff, which equates to about 800 job losses. I’ll get into my rant a bit later on, but first let me give you the details.

No specifics were given on what areas of the company these job losses will affect, but Kotaku are reporting that staff at Activision, Blizzard, and King will all be affected. Kotaku also managed to get hold of a note from Blizzard president J. Allen Brack to Blizzard staff that indicates that Blizzards job cuts will affect “non-development teams”, such as esports and publishing:

“Over the last few years, many of our non-development teams expanded to support various needs. Currently staffing levels on some teams are out of proportion with our current release slate. This means we need to scale down some areas of our organisation. I’m sorry to share that we will be parting ways with some of our colleagues in the US today. In our regional offices, we anticipate similar evaluations, subject to local requirements.”

Of course, Blizzard has somewhat trundled along in recent times, and they announced in the earnings call that they have “no frontline release” planned for the next 12 months, which completely flattens any hopes of Diablo 4 coming any time soon. One of Blizzard’s major titles, Heroes of the Storm, also seems to be struggling, as Blizzard announced back in December that they were both downsizing the Heroes of the Storm team and cancelling the games 2019 esports event.

Activision-Blizzard say that they will be expanding their development teams on key franchises such as Call of Duty (as a quick side note, the financial report also confirmed that this years edition of Call of Duty will definitely feature a single-player campaign, something which was cut from 2018’s Call of Duty: Black Ops 4), Overwatch, Hearthstone, World of Warcraft, Diablo, and Candy Crush by 20 percent, allowing them to “increase development investment in its biggest franchises, enabling teams to accelerate the pace and quality of content for their communities and supporting a number of new product initiatives.”. This is being funded directly by the job cuts, which Activision-Blizzard describes as “de-prioritizing initiatives that are not meeting expectations and reducing certain non-development and administrative-related costs across the business”.

“While our financial results for 2018 were the best in our history, we didn’t realize our full potential. To help us reach our full potential, we have made a number of important leadership changes. These changes should enable us to achieve the many opportunities our industry affords us, especially with our powerful owned franchises, our strong commercial capabilities, our direct digital connections to hundreds of millions of players, and our extraordinarily talented employees.”

Yes, you read that right, Activision-Blizzard just had the best financial year in their history and still put nearly 800 hard working employees out of work because they simply didn’t make as much money as they wanted to. These people may not be in “development” roles, but they contribute to the company and are part of the financial success of Activision-Blizzard, but what do they get for helping the company achieve their “best financial results in their history”? They effectively get fired. What a load of bullshit.

In a Q&A portion of the investor call, Bobby Kotick described the cuts as a “top-five career-difficult moment for me personally.” Poor Bobby. By the way, Kotick earns a reported £21 million per year. If projected revenues are down moving forward (although Activision anticipates them as “flat”), then couldn’t Kotick and other bigwigs take a bit of a pay cut from his ridiculous salary to reflect it and keep everybody who just helped the company achieve their most successful financial year in a job? Of course, that would involve having some form of human decency, so maybe it is out of the question.

If all of that isn’t enough to anger you, Activision-Blizzard increased shareholder dividends by 9% from 2018.

This is all just further evidence of what is wrong with the gaming industry these days. As the industry grows and gets ever more popular, more and more greedy corporate wankers are getting involved and pulling shit like this. These corporate executives are probably taking bonuses for having such good financial results, yet they fire a percentage of the people that have earned the company that money, probably to cut costs so that they can earn more bonuses next year. It’s an absolute joke.

If it makes anybody feel slightly better, the letter from Blizzard president J. Allen Brack to Blizzard staff that Kotaku got hold of does mention that those who have lost their job will receive a “comprehensive severance package”, as well as assistance in finding more work and profit-sharing bonuses for the previous year. We wish those that have lost their jobs all the best for the future, we hope you find more work quickly and are more appreciated elsewhere.

The Xbox Game Pass is coming to PC 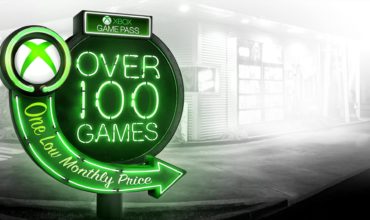