It’s July, which for many marks the start of Summer! Most people will be counting down the days to their holiday or eyeing up an ice-cream on the beach. If the hot weather and outdoor activities aren’t for you, however, then draw those black-out curtains and check out the top games and DLC packs releasing on Xbox One, PlayStation 4, Nintendo Switch, and PC in July 2019.

The next chapter for the critically acclaimed Final Fantasy 14 Online, the Shadowbringers expansion pack will see adventurers exploring breathtaking new environments as the level cap increases from 70 to 80. New jobs, races, and trials will also be included in what promises to be a feature-packed expansion.

The reworked version of Volition’s third-person shooter, Red Faction: Guerrilla, is finally heading to Switch. Red Faction: Guerrilla Re-Mars-tered Edition was originally launched this time last year for PC, PlayStation 4 and Xbox One. The remaster features improved graphics among other things and tries it’s best to keep a 10-year old game enjoyable by today’s standards. Luckily, the game mode ‘Wrecking Crew’ does just that; in Wrecking Crew, players are given unlimited ammo and a time limit to destroy as much as possible. It’s basically a rampage mode and provides the main reason for Switch owners to pick this up.

Launched at the end of June for Gold Edition or Expansion Pass owners, the Just Cause 4: Los Demonios DLC will be able to everyone in July. The second DLC pack in the ‘Dare Devils, Demons and Danger’ Expansion Pass creates a new sandbox gameplay experience with Los Demonios, as demonic hordes, pulsing tendrils, and spore-filled clouds infest the towns and people of Solis. New weapons, equipment, and missions are also included in this supernatural DLC.

Developed by Jo-Mei Games and published by EA, Sea of Solitude will see players control a young woman named Kay as she explores an abandoned, submerged city in hope that she can overcome her loneliness.

Cornelia Geppert, CEO of Jo-­Mei Games said this about the main protagonists story: “Designing characters based on emotions was a deeply personal achievement for our team and we’re so excited for players to soon experience Kay’s powerful story of self­-discovery and healing.”

Originally released on the PC through Steam’s Early Access program in late 2017, They Are Billions launched to favourable reviews and quickly established a large following of gamers. This post-apocalyptic steampunk real-time strategy survival game started life with nothing but a survival mode. Recently, an update has added a campaign titled New Empire as the game prepares for it’s console release.

Omega Force and Square Enix have combined to bring a sequel to the popular Dragon Quest Builders. New features to the sandbox world will include the the ability to fly and travel underwater, as well as a fast-travel function based on a retro-style map. The most notable change, however, will allow up to four players to explore the world cooperatively.

The third main entry in the God Eater series gets a Nintendo Switch release this month. In God eater 3, players must hunt and kill massive monsters known as Aragami using God Arc weapons which can be transformed into guns. God Eater can absorb energy from monsters to unleash powerful special attacks that completely wreck enemies. As well as an action-packed single player experience, the game can be played cooperatively with four other players, with special missions supporting up to 8.

The third installment in the Marvel: Ultimate Alliance series—which hasn’t produced a game since 2009—is a Nintendo Switch exclusive. In Marvel Ultimate Alliance, players can control a vast number of their favourite superheroes and team up with friends cooperatively to battle the games Super Villains. The game features an original story and new superheroes that join the “Ultimate Alliance” for the first time.

The sixteenth entry in the long-running Fire Emblem series of tactical role-playing games is also the first to appear on a home console since 2007. You can expect to find the same tried and tested tactical grid-based combat and charming story present in the previous games in the series as well as a graphical overhaul. Three Houses will be the first game to feature HD visuals, which have massively impressed critics in previews.

This spin-off to the Wolfenstein series sees players control either Jess or Soph Blazkowicz as they search for their father at the same time as aiding the French Resistance in Paris. The selling point for Youngblood comes in the form of it’s cooperative multiplayer mode, where players can complete the game with another player or with the games A.I. What’s great about this is that with the game’s Deluxe Edition only one person needs to purchase the game, as a buddy pass can be gifted to someone who doesn’t own it. Neat!

That concludes our list of the top games and DLC out in July. This month is set to be a pretty big one for the Nintendo Switch, with six of the ten titles mentioned appearing on Nintendo’s machine. The most notable game to be released this July also appears on the Switch as an exclusive; Marvel Ultimate Alliance 3: The Black Order is set to be a summer banger, and we can’t wait to get our hands on it. Elsewhere, indie title Sea of Solitude could well be worth a look, and we can look forward to new Fire Emblem and Wolfenstein titles at the end of the month. Who needs the sun! 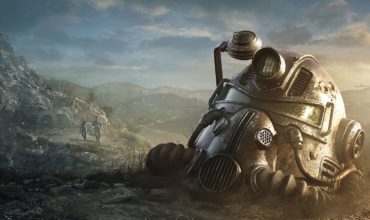