Assassin’s Creed: Black Flag and Assassin’s Creed: Rogue are making their way to the Nintendo Switch on Friday 6th December, just in time for Christmas. Both games will come bundled together as ‘The Rebel Collection’.

Black Flag is arguably one of the best games in the series. It was the first time we got to sail a boat and sing pirate shanties, and even though Odyssey is probably a better game I haven’t had the same feeling I did when I first stepped foot on my first boat in Black Flag and heard my fellow pirates singing to their hearts content. Even though it’s been 6 years since it first released I can’t wait to finally relive that moment while I’m on the move.

Black Flag is a massive game with loads to see and do, so it should keep you entertained for many train journeys to come. It was also met with a great reception, scoring a solid 83% on Metacritic with most critic reviews scoring it an 8 or a 9.

Assassin’s Creed: Rogue is more of the same; there weren’t many new things added to the game but Ubisoft also didn’t take anything away. In a sense it was seen as an expansion to Black Flag rather than it’s own standalone title, but that wasn’t necessarily a bad thing. There were a few differences though, with the most notable being that instead of playing as an Assassin you were playing as a Templar, which was fun and different even if it did mean the word ‘Assassin’ in the games title was a bit irrelevant. Again, Rogue was met with positive receptions, though not quite as positive as Black Flag, scoring a still respectable 74% on Metacritic and reviewers scoring it around a 7 or an 8.

As mentioned previously, both games will be launching as a bundle and will be available on Friday 6th December 6th – the Nintendo page is already live with the price visible, and of course it is being hit with the Switch Tax and will set you back £39.99, though to be fair you do get two games for that price. If you do own another console though and are not overly fussed about playing on the go you’ll be able to pick up both of these games for a fraction of that, especially if you’re happy to buy pre-owned.

There will be no Assassin’s Creed game in 2019 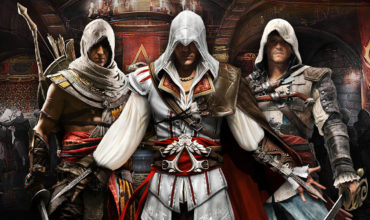