PUBG’s latest new feature, Weapon Mastery, is now live on the PTR, with a release on the PC live servers coming “very soon”.

Weapon Mastery is a progression system that allows players to level up their weapons by gaining weapon XP to unlock various rewards. Each weapon has 100 levels to progress through, and your progress continues all of the time without being affected by seasons. You’ll earn a new Charm every five levels, which is a keychain-like accessory that can be equipped to your weapon, a new Tier Emblem every ten levels, and Medals for performing certain actions with each weapon. Examples of these include Assassin, which is awarded for defeating an enemy with a headshot without taking damage, and Longshot, which is awarded for defeating an enemy from a distance of 200 metres or more. Aside from rewards, the update also adds a Mastery Menu, which will allow you to check out your weapon stats and track your rewards earned and progress for each weapon.

Weapon XP is earned by doing damage, hitting headshots, or getting “defeats”, which is PUBG Corp’s new term for getting knockdowns, killing the last member of a team, or killing solo players. You’ll earn extra XP based on the distance of your defeats, and the amount that you earn will increase the longer you survive.

Outside of the new Weapon Mastery system, there are also a number of bug fixes and quality of life changes, the most notable of which is probably a second round of loot rebalancing on Erangel, which PUBG Corp is performing due to player feedback. You can check out the full patch notes here. 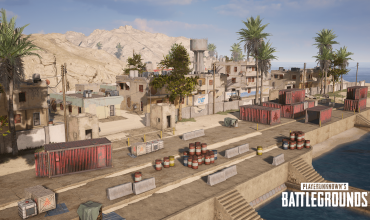