Two Point Studios has delayed the console version of Two Point Hospital until the first half of 2020.

The news was announced by Two Point Studios’ Craig Laycock in a blog post earlier today, and will serve as a disappointment for console players who have been eager to get their hands on the spiritual successor to Theme Hospital ever since it was announced for consoles back in July. The game was initially slated for a rather open release schedule of “late 2019”, and the new release window of “the first half of 2020” is equally vague. Speaking on the delay, Laycock said:

“We’ll cut to the chase: we’re going to delay the release of Two Point Hospital on console to the first half of 2020 to make it the best it can possibly be. So why the delay? Put simply: making a management simulation game on three consoles (and making it the best it possibly can be on all three), is a tricky programming puzzle. We have to take the game apart and figure out how to fit it into what is essentially a smaller box. That takes a fair amount of time and engineering work, and it turns out we need to take a little more to iron out the remaining creases. So, we’re going to take a bit longer to get that right. We expect a new release date for Two Point Hospital Console to be in the first half of 2020 and we’ll be sure to keep you right up to date with our progress. We know you’ll be a bit disappointed by this news, but hopefully you understand why we’re doing it: quality is the most important thing and we want you to have the very best experience.”

As disappointing as the delay will be for players, we always maintain here at BuffNerfRepeat that we would prefer a developer to push a game back to make sure it’s up to scratch when it’s released.

Two Point Hospital first released for PC in August 2018 to a positive critical reception. In our 8/10 review of the game, Ricky said “If you played the original Theme Hospital game and loved it, then you will almost certainly like this game even more. Two Point Studios has stayed true to the games roots and haven’t deviated from what made the original so great, and have instead built upon its success. Although not technically a sequel, it’s a great successor to the first.”

Two Point Hospital’s console version, which is coming to Xbox One, PS4, and Nintendo Switch, is now slated for release during the “first half of 2020”. There’s no exact release date as of yet, but we’ll keep you updated as and when that information becomes available. 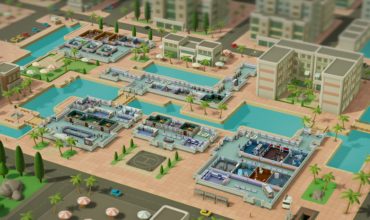