Remember that over-powered sword that broke Fortnite for a while? Yeah, the Infinity Blade. Well, it’s back, but this time it has been implemented in a way that it should have been implemented in the first place, and that is in a limited-time game mode.

It didn’t take long for the Infinity Blade to get removed the first time round back in December and this time it’s not sticking around for long either, but at least this time round it’s not going to be involved in any tournaments with a $1million prize pool. The limited-time mode is very creatively titled ‘Sword Fight’, and it’s live now and will most likely run up until the start of the new season, but maybe longer.

And before you ask, yes, the Infinity Blade is still as OP as it was the first time round:

In other Fortnite news, with the new season just around the corner the map has started cracking up and players have been experiencing tremors, so it looks like Epic has something big planned for next season. My best guess would be that we’re going to see a volcano appear – I think this because lava sprites were found in the game files a while back. £50 says I’m right. 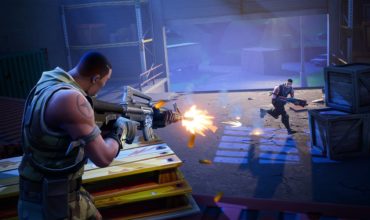