UPDATE: All of the below has been delayed by one week for PlayStation owners in the Americas. Anyone playing on the Xbox One and the PlayStation 4 outside of the Americas will have the update today as planned.

The expansion has been out since last October for PC players, but Xbox One and PS4 players will finally be able to get their hands on the Green Cities expansion for Cities: Skylines today (January 31st).

You can purchase the Green Cities expansions as a standalone DLC pack for £10.39/$12.99 or as part of the newly released 2019 season pass, which will provide you with the following expansions as they are released throughout the year:

The 2019 season pass (titled Season Pass 2) will set you back £31.99/$39.99 or, if you don’t yet own the main game, the pass is also included in the newly released ‘Cities: Skylines 2019 Premium Edition’ for PS4 and Xbox One. The new Premium Edition has the hefty price tag of £64.99/$99.99 but it does also include the Season Pass 1 DLC, which includes the Snowfall, Natural Disasters, and Mass Transit expansions.

As well as the new expansion, Paradox has also released a free update for the game which expands on the base game and introduces electric cars, road modding, new decorative items (such as parks) and a reworked noise pollution system.

If you haven’t played Cities: Skylines but you enjoyed games such as Sim City then you should definitely pick it up, it’s by far the best city-building game released this generation and, surprisingly, the controls on console work really well, so don’t let a console version put you off.

Cities Skylines to get Industries expansion on PC 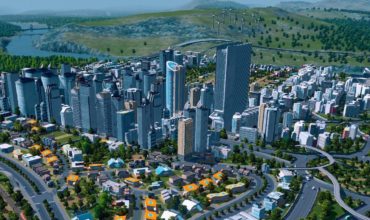