Borderlands 1 & 2 are the unfortunate recipients of the title of being the first games to be flagged by Steam’s new anti-review bombing measures.

They are, unfortunately, the recipients of that tag because angry gamers have been attempting to review bomb both Borderlands and Borderlands 2 ever since it was announced that Borderlands 3 would be released as a timed-exclusive for the Epic Games Store on PC.

Unfortunately for the review bombers, Steam’s anti-review bombing measures have kicked in, so the pages for both games currently contain a message that reads “Period(s) of off-topic review activity detected”, so these reviews are therefore “excluded from the Review Score (by default)”. Because of this, Borderlands still holds a “Very Positive” overall rating, while Borderlands 2 remains “Overwhelmingly Positive”.

Borderlands 2 is the first game on Steam to make use of the “off-topic reviews” marking. Over 4000 reviews are excluded from the rating calculation. pic.twitter.com/kUMN0Lqdx3

Despite the overall score of each game remaining in tact, the negative reviews are still active and available to read if you so wish. You won’t be surprised to hear that pretty much all of the negative comments are directed towards the publishers and their decision to launch Borderlands 3 exclusively on the Epic Games Store. There are plenty of comments about money grabbing and companies being anti-consumer, and basically zero negative comments about the actual games themselves. Go figure.

Still, it’s good to see that Steam’s new anti-review bombing measures—which were introduced following the exact same thing happening to previous Metro games when it was announced that Metro Exodus would be an Epic Games Store exclusive—are keeping games overall scores in tact, because that will be the only thing that many gamers look at.

To be honest, I don’t get all of this disdain towards the Epic Games Store. Whether you buy a game through Steam or the Epic Games Store, you’re still buying the same game at a similiar price, so what difference does it make? Unless I’m missing something (let me know in the comments) then I don’t see what the big deal is. Review bombing seems like such a weird thing to do too – surely these people have too much time on their hands?

A remastered Borderlands: Game of the Year Edition will release next week 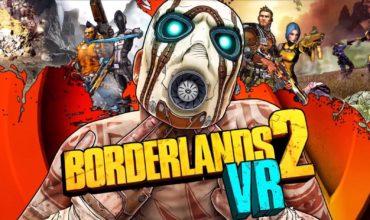