Reverse Friendly Fire is now a thing in Rainbow Six Siege thanks to today’s patch.

Reverse Friendly Fire (RFF) is Ubisoft’s latest attempt at tackling the issue of griefing in Rainbow Six Siege, which they’re hoping will stop annoying players trying to ruin the game for other people by shooting their teammates. In practice, RFF will give players the benefit of the doubt the first time they shoot their teammate, just in case it was a genuine mistake, but further friendly fire will result in the offender taking the damage themselves, while their target walks away unaffected. It’s basically shooting yourself in the foot, without actually shooting yourself in the foot.

RFF will apply to all primary and secondary weapons, as well as direct hits from “thrown unique gadgets”. Most explosives will also be affected by RFF, with the exception of explosive gadgets that don’t do damage such as stun grenades and Ying’s Candela, which won’t be affected by RFF in any way. That being said, there is currently a bug that is causing all explosives to be unaffected by RFF, but Ubisoft says they will clear up this issue in Year 4 Season 2.

Ubisoft say that they think this “first version” of RFF will “be a positive step forward” in their fight against team killing while “maintaining the same intensity and high stakes gameplay that is core to the Rainbow Six Siege experience”. They’re keen to note that this is not the final version of the system, and they will continue to tweak and improve RFF based on data and player feedback.

It’s good to see Ubisoft making changes to try and tackle the issue of griefers, but it’s also a pretty disheartening state of affairs that they have to do this just to stop idiots trying to ruin the game for others for no reason. The cynic inside me also can’t help but feel that if people want to grief, they’ll just find another way to do it. Sigh. We’ll have to wait and see.

You can read the full notes regarding the addition of RFF here. 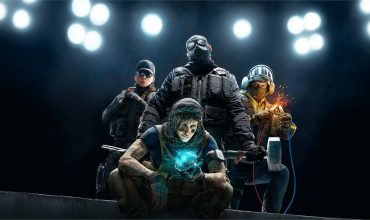 Rainbow Six: Siege’s next patch is aimed at balancing Operators