It’s been 3 years since Overwatch first released (May 24th 2016), and to celebrate Blizzard are bringing back the anniversary event on all platforms. As part of the event Blizzard are offering players various items for playing during the three-year anniversary week.

Let’s get this party started! ??

The Overwatch Anniversary celebration begins on May 21! pic.twitter.com/pEh1upfdIv

First up, anyone who doesn’t already own Overwatch will be able to play for free for a whole week starting from today and running through until Tuesday 28th May. For any of the 40 million people who already own the game, you will be gifted one free ‘legendary lootbox‘ which has a 100% chance to drop a legendary item, and there’s also an array of new cosmetic items being added which include:

You will also be able to unlock all of the past unique anniversary skins that were released in previous years as well, and just in case you missed out in previous years the seasonal brawls will also make another appearance, including the brawls from the Storm Rising event which ended last month. As usual, these are available in the Arcade.

So what are you waiting for? Head onto Overwatch now and claim your free lootbox and legendary item before the timer expires on May 28th. It’s worth doing even if you don’t play the game any more, just in case you decide to go back to it at any point.

Torbjorn is getting a rework 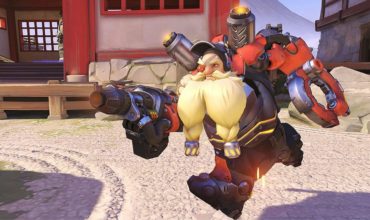