You may have just booted up your Xbox One, PS4 or PC (or all three, if you’re rich) and tried to load up Overwatch only to be hit with an update and thought to yourself “an update? What’s been updated?”. We’ve all been there. Well, let me tell you.

The 2.50 patch has just gone live on all platforms with a whole bunch of bug fixes and gameplay tweaks.

Most notably, players will notice that the recently announced Busan map, set in the home of everybody’s favourite Meka pilot – D.Va. As with all new maps that have come before it, Busan is currently only available in Quick Play to allow players time to get used to it before it’s added into the Competitive map cycle.

Elsewhere, several characters have had a few tweaks. Brigitte will now be knocked down if she uses Shield Bash against Reinhardt’s Charge or Doomfist’s Rocket Punch, which is a much-welcomed change that will hopefully make her less of a pain in the arse. Also, Widowmaker will now retain momentum when she uses her Grappling Hook on environments or structures without a ledge, so expect to see her flying around the map.

Reinhardt’s Earthshatter has also been given an overhaul to make it more predictable and effective and less inconsistent. Earthshatter will now consistently hit enemies near walls and will always travel up inclines and around the payload. On the flip-side, Earthshatter will no longer hit enemies that enter the damage cone after the “wave” has passed that area, nor will it damage enemies that are behind barriers that are blocking it, even if the barrier is later dropped or destroyed.

Interestingly, the update also adds visual outlines to make allies visible through walls. This could be an addition that proves to be more useful than people think on first look. If you’re a Grand Master, you’ll now be able to group with other players within 350 skill rating, up from 250. 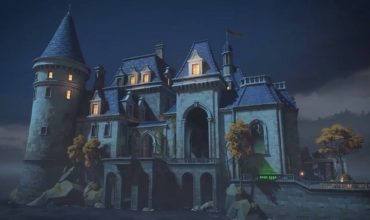