This may be a coincidence (although I doubt it), but on the same day that Sony released some initial details about their next console, Microsoft has confirmed the date and time of their E3 briefing, presumably because they don’t want to be upstaged.

The date and time in question will be 9pm GMT/4pm ET/1pm PT on Sunday 9th June. The briefing will be streamed live on Microsoft’s own streaming platform Mixer, and you’ll also be able to watch it on Twitch, Twitter, YouTube, and Facebook.

We can expect big things from Microsoft at this years E3, especially considering the fact that Sony won’t be attending. That opens up a big opportunity for Microsoft to steal the show, so it’s likely that they’ll reveal some details about their own next generation of console and give us some more information regarding upcoming Xbox exclusives Gears 5 and Halo Infinite.

I’d like to think that Microsoft will also hit us with some surprises about some as-yet unannounced games and features, but we’ll just have to wait and see on that front. There will be a special episode of Inside Xbox to follow up on Microsoft’s briefing, which Microsoft says will feature “exclusive announcements, game demos, interviews, giveaways and more.” That episode of Inside Xbox is going to take place at 11pm GMT/6pm ET/3pm PT on Monday 10th June, which means it’s going to be a late one for me!

If you aren’t able to tune in to any of the live streams then don’t worry, we’ll be keeping you up to date on all of the news from both E3 and Inside Xbox. 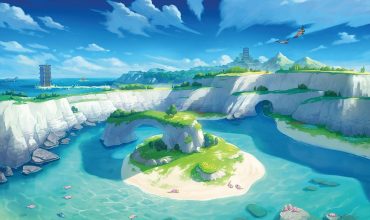