Microsoft has announced that the Xbox Game Pass is coming to PC, offering players “over 100 high-quality PC games on Windows 10”.

The library of PC games available will include the works of big developers such as Bethesda, Deep Silver, Devolver Digital, Paradox Interactive, and SEGA, and Microsoft has also expressed their commitment to making exclusive Xbox Game Studios titles available on the PC version of the Xbox Game Pass on their day of release, which will include upcoming titles from the likes of Obsidian and inXile.

Microsoft says that they’re working “with over 75 developers and publishers to bring PC content to the service”, and they promise that they’ll “ensure the library remains curated and full of great PC titles across a variety of genres, with new games added every month.”, much like its Xbox counterpart. Also just like it’s Xbox counterpart, subscribers to the Xbox Game Pass for PC will also receive discounts of up to 20% on games and 10% off DLC’s and add-ons bought from the Microsoft Store.

Speaking of the Microsoft Store, MS has acknowledged the importance of having Xbox Game Studios titles available on multiple storefronts rather than making them exclusive to their own store, with Microsoft saying:

“We know millions of PC gamers trust Steam as a great source to buy PC games and we’ve heard the feedback that PC gamers would like choice. We also know that there are other stores on PC, and we are working to enable more choice in which store you can find our Xbox Game Studios titles in the future.”

With that in mind, Microsoft confirmed that Gears 5 and Age of Empires I, II & III’s Definitive Editions will soon be made available on Steam, along with Halo: The Master Chief Collection which was announced back in March. Microsoft also stressed their eagerness to “bring players together to create a shared player community regardless of where they play”, so new Xbox Game Studios titles will include “voice and text chat, LFG, friends lists and cross-play across PC and console.”

Finally, Microsoft confirmed that they will be enabling full support for native Win32 games to the Microsoft Store on Windows, which will “unlock more options for developers and gamers alike, allowing for the customization and control they’ve come to expect from the open Windows gaming ecosystem.”

Microsoft is promising to give us more information, including a look at a number of upcoming PC games, during the Xbox E3 2019 Briefing, which takes place at 1pm PT/4pm ET/9pm BST on Sunday 9th June. 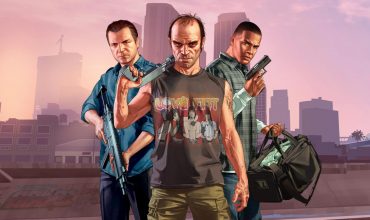