The XO18 event is by far the biggest Xbox-only event. It usually comes with a whole host of exciting announcements and this year was no different. Take a look at what Microsoft announced below:

Obsidian and inXile both create RPG games, and both studios list of games have been met with good reviews by both users and critics alike, and now they are part of the Microsoft Studios family. This means only one thing for Xbox players – more RPG exclusives. The Xbox has, frankly, been pummelled by PlayStation this generation, and Microsoft clearly know it and are trying to repair the damage. Microsoft has now purchased a total of 7 new game development studios in an effort to secure more top class exclusives; it’s too late for this generation of console, but at this rate the next generation of Xbox console could, in theory, have the potential to clean up.

Crackdown 3 is the next Xbox exclusive game to be released. It will be available for download on the Xbox Game Pass on the 15th of February, 2019. During the XO18 event, Microsoft showed off the new multiplayer mode ‘Wrecking Zone’, where “environmental destruction is your secret weapon to take down your enemies”. Honestly, the multiplayer looked like a lot of fun, if not a bit chaotic. What else would you expect from Crackdown, though?

If you can’t wait to get your hands on Crackdown 3, Microsoft are kindly giving away the original Crackdown game for free. This includes the recent Xbox One X enhancement update.

A new mobile app is now available to download for both iOS and Android, which allows you to manage your game pass subscription and install games on your home Xbox remotely. This is a great new feature, it means you can have a new game installed and ready to play by the time you get home from work.

As well as the new mobile app, they’ve also added a handful of new titles to the platform, including PUBG, Ori and the Blind Forest, Kingdom: Two Crowns and Hellblade: Senua’s Sacrifice. Microsoft also announced that indie titles from the [email protected] program will be added to the game pass on the very same day that they debut on the Xbox One; these games include Aftercharge, Supermarket Shriek, Mutant Year Zero, Pathologic 2, The Good Life, Void Bastards, and Secret Neighbor.

And finally, you can subscribe to the Game Pass for one full month for just $1. This is great value and can be redeemed until January 3rd; this should give you plenty of entertainment over the Christmas break.

The first expansion for Forza Horizon 4 has been announced. The expansion will see you taking a trip to Fortune Island, where you will be met with extreme weather, perilous new tracks that see you dirt racing on cliff edges and, of course, there will be new treasure to be found.

As well as the new expansion, they also announced new cars; Ken Block’s high-powered, custom-built Ford vehicles from the upcoming GymkhanaTEN are rolling out now to car pass subscribers, and will open up to everyone soon.

Sea of Thieves – The Arena

The fifth free content expansion for Sea of Thieves will include a new PvP game mode called ‘The Arena’. This game mode will see you battle it out with other crews in fast paced PvP action whilst on the hunt for treasures. ‘The Arena’ also includes a new-tavern area, together with a new Trading Company—the Sea Dogs—which will offer new missions, rewards and opportunities to help you on your way to becoming a pirate legend.

The exact ETA for this expansion is unknown, but Rare did say that it will launch in early 2019.

The other announcements from the XO18 event include: 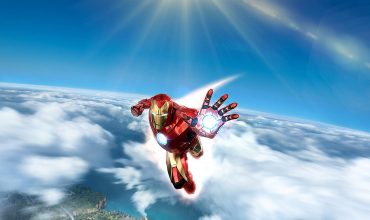