A tutorial video for Battlefield V’s upcoming battle royale mode, Firestorm, has leaked online, giving us a more in-depth look at what we can expect from the mode.

None of it is likely to surprise you, as it’s all pretty standard battle royale stuff, but there are a couple of things that will differ Battlefield V’s offering from the rest of the pack. Check it out below, courtesy of JROBtheFinesser:

Firestorm will be playable in Solo, Duos, and Squads—which is a bit of a surprise seeing as we originally thought it would only feature squads—and games will begin with players parachuting in and frantically gathering loot to get themselves equipped for battle as fast as possible.

Urban areas will give you a better chance of grabbing some decent gear, but they are likely to attract more players and therefore represent a greater threat of danger. The loot that you pick up will be of three rarities – Common, Rare, and Epic – and the rarer the weapon the more advantages it has, such as scopes, extended magazines, and reduced recoil.

Firestorm will also feature objectives and safes that players can capture to earn “epic reinforcements”, rare loot, and vehicles. Vehicles will make you pretty deadly and will help you traverse the map quickly, but they will give away your location and leave you vulnerable to anti-vehicle weaponry. Safes look like they will give you a strong advantage in Firestorm, but the process of capturing one does look like it will leave you very vulnerable, so capturing one when playing solo will probably be a bit tricky. It should be a bit easier in duos or squads as long as you have reliable teammates to watch your back.

Weapons will have dedicated ammo and you’ll only be able to carry a limited amount, so DICE encourage people to share ammo amongst their squad wisely. As is the norm in battle royale games, you will be able to pick up Backpacks that will increase your carrying capacity. Being killed will put you in a downed state where you can still use a pistol to defend yourself while waiting for a revive, which is a slight change from most battle royale games, but bleeding out or being finished off will dump you out of the game.

Firestorm will feature 64 players doing battle and will feature all of the usual blockbuster destruction that Battlefield is famed for, so it could throw up some pretty epic moments. Just like in all other battle royale games, a circular storm will close in on you during the course of a match. This one will be made of fire though – I wonder where they got the name from?

Aside from the leaked video, Battlefield V players recently reported that Daily Orders relating to Firestorm had started popping up in their game, so although DICE has kept quiet so far it is likely that Firestorm is just on the horizon. 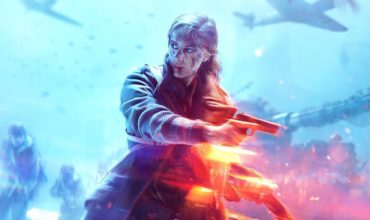