Amid the legal conversations with the Belgium government regarding loot boxes in FIFA due to them being considered a form of gambling which—is of course illegal in Belgium—EA have decided to release the ‘odds’ of getting players in packs in FIFA 19.

They have most likely done this because of the legal situation they are currently facing, though EA have said they did this on a ‘voluntary basis’. It’s a strange situation because If they have done this due to their current legal situation then I don’t really see how this helps. I mean, they’ve added odds to the packs now – doesn’t this make it even more like gambling?

You can see what this will look like in-game below: 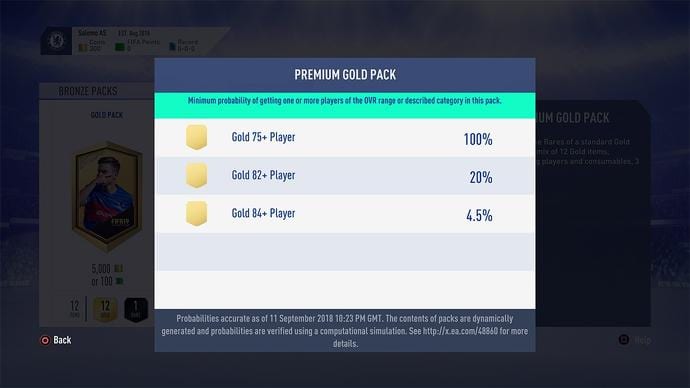 You’ll see from the above image that you have under a 5% chance to get an 84+ rated player, this doesn’t sound too bad, but when you consider how many players are rated above 84 (1,396 in FUT 18) especially when you take into account that each player can be featured multiple times with different coloured cards and stats (for example the black cards) the chances of you actually getting a player that fits into your squad is even lower – a lot lower.

It’s also worth noting that special cards such as ‘one to watch’ cards will have much lower odds. EA have said that in some cases there will be less than a 1% chances to get these.

Interestingly, to work out the odds, EA ran simulations which simulated opening a large number of packs and splitting out the results. So the odds are not guaranteed or set by EA, but instead are most likely left up to an AI to determine, and our thoughts would be that this is so the ‘AI’ can reduce the odds of getting certain cards so that they don’t flood the market – I’m talking about players such as Messi and Ronaldo for example, which to us just seems totally unfair. (This is just our take on it, it’s not official and hasn’t been confirmed by EA).

Although this is a good addition to the game it doesn’t really address the problems with loot boxes, the odds are low and no matter what EA says it is a form of gambling and in reality it’s actually worse than gambling because it’s unregulated. At any moment EA could say that there are too many ‘Messi’s’ in the game and instantly lower the odds without having to tell anyone.

There’s definitely problems, and they’re problems we don’t think EA are going to try or want to fix. I mean, they make millions from them and unfortunately FIFA FUT players don’t have the willpower to not buy them and make a stand. Don’t get me wrong, we’re not totally against loot boxes if they’re done in the right way—like Overwatch for example—we’re only against them when they’re designed to rinse gamers of their hard earned money.

You can read our take on in game purchases here if you’re interested. 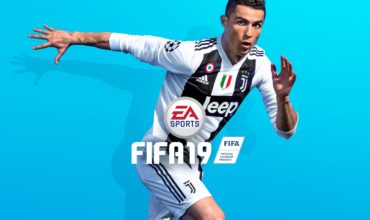