EA has released their financial report for the third quarter of their financial year (which ended on 31st December) and it reveals some interesting developments and statistics, including the reveal of another new Titanfall game, the “disappointing” performance of Battlefield V, and talk of a “difficult” quarter for EA.

Unsurprisingly, the report talks about the recent, surprise release of Apex Legends, Respawn Entertainment’s new, free-to-play spin on the battle royale genre that is set within the Titanfall universe. EA is obviously happy with the impact that Apex Legends surprise release had on the gaming community, and we’ve been impressed by Apex Legends during our short time with the game over the last couple of days, but many fans have voiced their disappointment about the lack of core Titanfall features in the game (such as wall-running, double-jumping, or mechs). Those players might be somewhat appeased by this report, which reveals that Respawn is working on another “premium” game set in the Titanfall universe that should also release this year. Speaking in the report, EA CEO Andrew Wilson said:

“To compete in the highly-competitive battle royale space, we also deliberately chose a different go-to-market strategy to surprise and delight players around the world. The launch yesterday was EA’s biggest reveal ever by peak concurrent viewers, and it quickly became the #1 game on Twitch. The Respawn team has a strong plan for Apex Legends that will engage fans for a long time to come. As the live service evolves, Respawn also plans to launch a premium game this year that is a new twist on the Titanfall universe. More to come on that in the months ahead.”

The news of a premium Titanfall game was backed up by Respawn Entertainment’s CEO, Vince Zampella, over on Twitter:

Tons of things planned for @PlayApex in the future. We are also committed to listening to player feedback.

We are also working on more Titanfall for later in the year (yes, I said the T word). We love being able to experiment in this crazy universe!

EA also spoke about the upcoming Anthem, which will launch on Friday 22nd February. EA are happy with the player numbers that Anthem picked up for the recent demo, and they seem to be pretty optimistic about Anthem’s future. Wilson said:

“Also this month, we will launch Anthem, BioWare’s epic new game. Our teams at Bioware have poured so much passion into crafting every aspect of this massive new IP. Millions of fans played more than 40 million hours of Anthem in our recent demos, and we’re very pleased to see the excitement in retail and digital channels reaching higher-than-expected levels. Anthem has been on dozens of lists for the “most-anticipated games of 2019,” and the full game launches on February 22.”

Later on in the report, EA’s COO and CFO, Blake Jorgensen, said that EA are estimating Anthem to ship units in the “5 to 6 million range” by the end of March.

It may seem strange that so much of this report (and this article so far) is talking about future performances and how optimistic EA are looking forward, given that the report is for the previous quarter, and that is probably because EA are trying to look at the positives, with the rest of the report being a bit doom and gloom. EA consistently speak of “underperformance” during a “difficult quarter” in which EA failed to meet its own commercial expectations.

In trying to find reasons for that, Battlefield V in particular was singled out. The report reveals that Battlefield V failed to meet its sales expectations, with EA pointing to the games delay from October to November possibly being a driving force behind the games underperformance. EA cited the November release date as “deeper into a more competitive window”, but I’m not sure that I buy that – Battlefield V’s original release of October 19th dropped it right in the middle of the releases of both Call of Duty: Black Ops 4 and Red Dead Redemption 2, so I think it would have struggled regardless. In fairness, EA did also point to their decision to prioritize a single-player campaign (which, to be honest, barely existed) over a battle royale mode as another factor in the games disappointing launch. Speaking in the report, Andrew Wilson said:

“In August, we determined that we needed some more time for final adjustments to the core gameplay to fully deliver on the potential of the live service, so we moved the ship date to November to accommodate those goals. Unfortunately, the later release date meant the game launched deeper into a competitive holiday window where heavy price discounting was a big factor. In addition, we also made the decision to prioritize other features, including a single-player experience, at launch over a battle royale mode. This year, battle royale modes became incredibly popular in shooter games. As a result of these decisions, we struggled to gain momentum and we did not met our sales expectations for the quarter.”

Later on in the report, Blake Jorgensen revealed that Battlefield V sold 7.3 million units between launch and December 31st (which isn’t bad), but that is about 1 million copies less than what EA had estimated. The Battlefield franchise as a whole is still going strong, though, with EA reporting that Battlefield 1 still has nearly 4 million monthly active users, and Battlefield 4 (which isn’t far off six years old) still has a pretty staggering “nearly” 2 million. EA are hoping that Battlefield V’s performance picks up with the upcoming introduction of the games battle royale mode—Firestorm—in March, which is sure to bring with it a lot of EA’s favourite thing – microtransactions.

EA didn’t lay all the blame on Battlefield though, with Origin Access and EA’s mobile games—with the highly lamented Command & Conquer: Rivals mentioned by name—also slated as not performing as well as EA would like.

Despite all of this, EA is still in a pretty good place. FIFA still performs very strongly, and even though sales of FIFA 19 were flat year-over-year with FIFA 18, it still became the best-selling console game in Europe during 2018, and FIFA Ultimate Team just delivered its best quarter ever, with the average spend per player going up.

The report showed that EA posted $1.29 billion in revenue for the quarter, which represents a profit of $262 million, which is still an increase year-on-year. Although EA are being pretty transparent in admitting that this falls short of their expectations, I’m sure we can all agree that we’d be pretty happy with that.

Looking forward, Andrew Wilson teased new entries in the Need for Speed and Plants Vs Zombies series, and briefly discussed the upcoming Jedi: Fallen Order—which is also developed by Respawn Entertainment—which is scheduled to release later this year:

“Looking ahead to FY20, we have a large slate of new games, beginning with some big new additions in our next FIFA title. There was great energy and engagement from NFL fans throughout this past season, we’re excited for our plans with the Madden NFL franchise. We will continue innovating and driving our NHL and NBA LIVE games deeper into the fabric of their respective sports. We’ll have a new game for our Need for Speed fans, and a new title in our PvZ shooter franchise on console and PC. In addition to Apex Legends, another team at Respawn is set to deliver Star Wars Jedi: Fallen Order this fall. The game’s development is led by the former director of the God of War series, with a team of veterans from some of the industry’s biggest action-adventure games. It’s very far along in development, and having spent time with it recently myself, it plays spectacularly well. This game truly captures the fantasy of becoming a Jedi, and we will have a lot more to share soon.”

Everything announced during the Bethesda E3 Showcase

EA is Finally Making Sense of Team Chemistry in FIFA 19 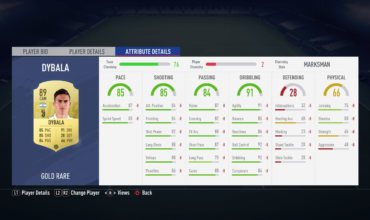