EA has officially cancelled the open-world Star Wars game that was in development at their large offices in Vancouver, according to a report from Kotaku who cite three sources that are close to things at the company.

The game, which was code-named Orca, was announced back in 2017 when EA announced that they were shutting down Visceral Games, the studio best known for the survival horror series Dead Space. Until their closure, Visceral had been working on a Star Wars game of their own—code-named Ragtag—which was set to be a linear action-adventure game that was being directed by Amy Hennig, most famous for her work on the Uncharted series. When EA decided to close Visceral Games in October 2017, EA Vancouver—who had been helping them with Ragtag—took over full control of the project and rebooted it, taking some existing assets from Ragtag and turning it into an open-world game code-named Orca. Speaking about the shift in focus for the project at the time, EA said in a statement:

“Throughout the development process, we have been testing the game concept with players, listening to the feedback about what and how they want to play, and closely tracking fundamental shifts in the marketplace. It has become clear that to deliver an experience that players will want to come back to and enjoy for a long time to come, we needed to pivot the design. We will maintain the stunning visuals, authenticity in the Star Wars universe, and focus on bringing a Star Wars story to life. Importantly, we are shifting the game to be a broader experience that allows for more variety and player agency, leaning into the capabilities of our Frostbite engine and reimagining central elements of the game to give players a Star Wars adventure of greater depth and breadth to explore.”

But now, it seems that project is dead too. Apparently, EA’s top brass decided that the planned release date of Orca was too far away and that they needed something sooner, so the game has been cancelled and EA is reverting back to the idea of a smaller-scale Star Wars game that can release earlier – probably something like Ragtag, then? That earlier release date is speculated to be late 2020, which could well coincide with the release of next-gen consoles. Thankfully, according to Kotaku’s report, nobody has lost their job as part of this latest shift in focus, which is always great to hear.

There is some hope within the studio that the Orca project may be restarted once this new project is finished, which I’m glad to hear. Apparently, Orca was going to see players to take control of either a scoundrel or a bounty hunter that could explore massive open-world planets and work with various factions from the Star Wars universe. How awesome does that sound?

We don’t know what this new, smaller-scale Star Wars game will be yet, but I would imagine it will be something along the same lines as what Project Ragtag was originally intended to be. By the way, don’t confuse any of this news with the other Star Wars game that is currently in development by Respawn Entertainment, the legends that are behind Titanfall and, previously, Call of Duty 4: Modern Warfare. That game, titled Star Wars Jedi: Fallen Order, is still alive and well, and is scheduled for release in late 2019. 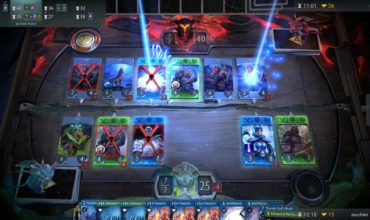